A Public Statement on the Herrnstein Controversy: Distributed at Philadelphia AAAS Meeting December 1971 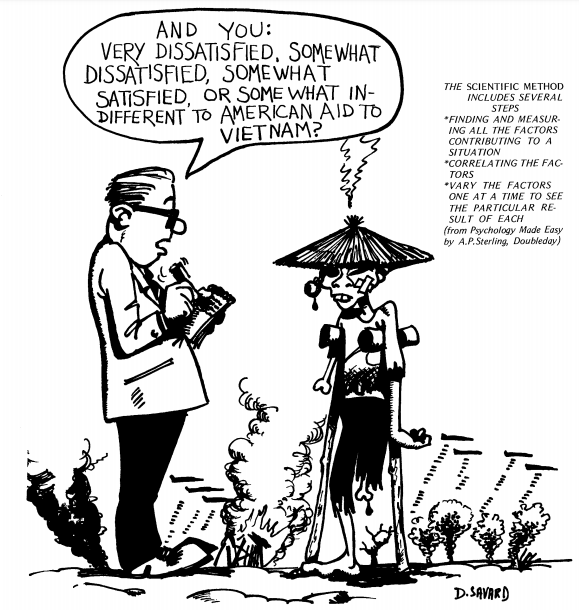 Psychology professor Richard Herrnstein of Harvard University published an article titled “I.Q.” in the September issue of the Atlantic. In it he says, ” … data on I.Q. and social-class differences show that we have been living with an inherited stratification of our society for some time.” In what he calls our “growing meritocracy”, this stratification into rich and poor is supposedly due to the rich having more intelligence coded into their genes, on the average, than the poor.

Stripped of its academic parlance, his thesis is simply and bluntly that poor people are poor because of their average lower inherited intelligence. According to Herrnstein, this explains for example “[t]he failure of compensatory education” programs, and “the increasing chronic lower class in America’s central cities.” If he were correct, then it would be foolish to offer special scholastic help to so-called “underprivileged”, “culturally deprived” children. Their intellectual poverty, if genetically fixed, could not be significantly altered. It would justify abandoning many socially progressive programs.

Herrnstein also writes that “we now have the mental test [the I.Q. test] that he [Galton] thought was the crucial prerequisite” for a program of eugenics — a program “of supplanting inefficient human stock by better strains.” Moreover, although he concedes that “the overwhelming case is for believing that American blacks have been at an environmental disadvantage”, he nevertheless says there is some evidence “for a genetic component in the … well established, roughly fifteen-point black-white difference in I.Q.”

Thus it is apparent why Dr. Alvin Poussaint, a black psychiatrist in the Harvard Medical School, wrote of Herrnstein, “Whether he intended it or not, he has become an enemy of black people and his pronouncements are a threat to the survival of every black person in America.” (Boston Globe, Dec. 3).

Because of Herrnstein’s academic prominence, some people have mistakenly assumed that his article is a careful distillation of scientific information based on experimentally well-established facts. It has quickly become the subject of wide and vigorous controversy, and has prompted the undersigned individuals to issue this statement.

Professor Herrnstein’s article on I.Q. in the September Atlantic can hardly be described as honest, serious, or legitimate scholarship. It is not at all unfair to characterize it rather as a non-scholarly, pseudo-scientific, pseudo-objective polemic: a popularization of the social doctrine that people who are born poor in our society are, on the average, genetically inferior in intelligence and other qualities. In Herrnstein’s words,

“As the wealth and complexity of human society grow, there will be precipitated out of the mass of humanity a low-capacity (intellectual and otherwise) residue that may be unable to master the common occupations, cannot compete for success and achievement, and are [sic] most likely to be born to parents who have similarly failed …. [I]n times to come, as technology advances, the tendency to be unemployed may run in the genes of a family about as certainly as bad teeth do now.”

Nor is the notion of a genetically inferior lower class merely Herrnstein’s scientifically-based prediction for “times to come.” Clearly he means to account for the plight of many who are alive and suffering today. Only a few sentences later, in discussing the growing rebelliousness of the poverty-stricken inhabitants trapped in our urban ghettos, he writes,

“The troubles … have already caught the attention of alert social scientists, like Edward Banfield, whose book The Unheavenly City describes the increasingly chronic lower class in America’s central cities.” (boldface added for emphasis).

Thus, with his article, Herrnstein joins Profs. Arthur Jensen of Berkeley, William Shockley of Stanford, H.J. Eysenck of London, and others in the camp of the current Social Darwinians by putting forward a slightly updated version of the old doctrine: just as in the plant and animal kingdoms where the long-term dominant species are the fittest for survival, so also in human society the members of the dominant classes achieve their status because of their superior natural endowment. It is their native abilities which make them the most fit, and, through the process of natural selection, presumably these superior traits are genetically transmitted to their children, thus maintaining the distinctive features of the dominant classes.

There is a striking historical parallel between the re-emergence of Social Darwinism, with its hardly-veiled racism, in our day, when the forces for constructive social change are growing year by year, and the earlier appearance of an even more blatantly racist ideology which sought to destroy the Populist movement at the close of the last century. Yale historian Prof. C. Vann Woodward in The Strange Career of Jim Crow, writes of this former period,

“It was quite common in the ‘eighties and ‘nineties to find in the Nation, Harper’s Weekly, the North American Review, or the Atlantic Monthly Northern liberals and former abolitionists mouthing the shibboleths of white supremacy regarding the Negro’s innate [i.e. genetic] inferiority, shiftlessness, and hopeless unfitness for full participation in the white man’s civilization.”

Although their articles may be clothed in academic sounding language, the message that present-day Social Darwinians are transmitting is clearly an attempt to counteract growing popular support for socially progressive legislation and needed reforms. The thesis is simply that poor people are poor not because it is in the nature of a capitalist society to produce great disparities in material well-being among people, but rather because poor people are, on the average, genetically unqualified to climb out of their poverty.

This is not the place to refute in detail the assumptions and alleged facts which ostensibly provide a “scientific” basis for this particular article espousing Social Darwinism. One example may suffice to indicate the calibre of Herrnstein’s argument. He states unequivocally that “The measurement of intelligence is psychology’s most telling accomplishment to date.” That is certainly a false statement, and not only trivially because it neglects other achievements of psychology that are more “telling”, but significantly because it implies—without a suggestion of doubt—that psychologists know more than they actually do about intelligence—that they know in the kind of precise scientific way that must precede careful and meaningful measurement, first, what the concept of intelligence, as the term is generally understood, really means, and second how to quantify it so that it is subject to measurement. The fact is that psychologists merely equate intelligence with a score on a so-called I.Q. test. This crude form of operationalism is what Herrnstein would have his readers believe to be “psychology’s most telling accomplishment.”

The fact that it is called an Intelligence Quotient test is of course merely begging the fundamental psychometric question of whether it has any significant relationship to intelligence or to its measurement. Neither is Herrnstein any more a specialist on psychometrics than on economics, sociology, genetics, and the other disciplines which his argument invokes, nor has he taken the trouble, as a serious and intelligent layman might, adequately to inform himself in these areas. He reveals the paucity of his own thought on the fundamental psychometric question when he writes that “whatever the I.Q. is, boys maintain it better than girls.” Insofar as Herrnstein can legitimately represent himself as being an honest and serious academic scholar, it is in a field far removed from the area of human intelligence. He is best known among his professional colleagues for experiments on vision in pigeons.

The main point is that the assumptions and the reasoning which underlie Herrnstein’s position are manifestly arguable. His “facts” and interpretations are contested by large numbers of equally prominent and more qualified academic colleagues. Therefore he is totally unjustified in drawing his sweeping conclusions, with their profound social implications, and in presenting them to the public at large as though they were firmly established scientific facts. Instead of exposing his ideas to scientific scrutiny in the conventional way, Herrnstein has chosen to engage in the wide public dissemination of a thesis which is at best highly dubious and at worst false and malicious, and he has done so in a manner that capitalizes upon his academic prominence, thereby giving the impression that his article speaks with an intellectual authority that in fact it does not possess. Having done so, he can hardly be permitted to take refuge in the pretense that these are the actions of an honest and serious scholar, and that to criticize them is to attack his academic freedom.

No one should harbor the illusion that the writings of the current Social Darwinians are merely of academic, scholarly, or scientific interest. Far from being creations of pure and innocent intellectual activity, they are fraught with social consequences of the most serious kind, and they lack the scientific validity which their authors attempt to have us take for granted. As concerned individuals, we condemn such pseudo-scientific activities, and we invite others to join with us in removing their cloak of academic respectability.

This statement is sponsored by the following individuals, whose affiliations are shown only for purposes of identification:

George Salzman, Professor of Physics, University of Massachusetts at Boston