In 1973, two black sisters in Alabama, aged 12 and 14, were sterilized in a federally funded family planning program. Their mother had been persuaded to give her consent by making an X on a form which she could not read. She did not know that the operation was permanent.

In the same year, a white mother in South Carolina revealed that the area’s only practicing obstetrician routinely refused to deliver a third child to women on welfare unless they consented to sterilization. As his nurse explained it, “This is not a civil rights thing or a racial thing, it’s just welfare.” In a six month period, this doctor had performed 28 sterilizations, mostly on black women.

In Armstrong County Pennsylvania, Norma Jean Serena, a Native American woman, is suing hospital and welfare officials for involuntary sterilization. Her tubes were tied immediately after the birth of her third child, while she was medicated and exhausted from the delivery. She was not aware that she had been sterilized until the following day, when she was persuaded to sign a consent form. Her medical chart states that the operation was performed for “socio-economic” reasons.

In Los Angeles, ten Chicana women have filed a class-action suit against hospital and state health officials charging that they were either coerced or deceived into being sterilized. Some were presented with consent forms while in labor. Others never signed forms at all and only learned later that they had been sterilized.

Sterilization as a means of controlling population in Third World countries has been a part of our government’s policy for years. In Puerto Rico, the laboratory for U.S. population experiments, and testing ground for the pill, over one-third of all women of child-bearing age have already been sterilized.

In the last five years, this policy has come home to the mainland. Since 1970, female sterilizations in the U.S. have increased almost threefold. Between 600,000 and one million procedures are now performed on women each year. Poor women and women of color are heavily overrepresented: Twenty percent of married black women have been sterilized, compared to about 7 percent of married white women. Fourteen percent of Native American women have been sterilized.

The increase in female sterilization has come about not in response to women’s demands (as in the case of abortion), but as the result of governmental policy and pressure from hospitals and doctors. In 1971, Nixon appointed John D. Rockefeller III to be chairman of a commission on “Population and the American Future.” Rockefeller has been eminent among the promoters of the idea that the “population explosion” is responsible for poverty in the world. A natural enough idea for a Rockefeller. The Commission advised that:

… slowing the rate of population growth would ease the problems facing the American government in the years ahead. Demand for government services (read welfare) will be less than it would be otherwise, and resources available for the support of education, health, and other services would be greater.

Funds for Sterilization, not Social Services

Though Nixon rejected the Commission’s report because it recommended legalized abortion as one method of limiting births, many of the Commission’s recommendations have been put into effect. Between 1969 and 1974, federal allocations for family planning increased from 11 million to 250 million dollars, while funds for Head Start, child care, and community health were repeatedly cut. By 1974, HEW had modified its guidelines to require states to provide family planning services to welfare recipients. And most recently, HEW has announced that states will be paid 90 percent of the cost of sterilizations for poor women, but only 50 percent of the cost of abortion. This gives hospitals and clinics an incentive to promote an irreversible birth control method and to discourage the method which gives the individual woman the greatest amount of flexibility and personal control.

At the same time that government policy has swung around to promoting population control within this country, medical policy has also shifted in favor of liberalized guidelines for sterilization. In part. this may be because the medical profession has accepted the Rockefeller line on overpopulation. In a recent survey, 94 percent of gynecologists polled in four major cities said that they favored compulsory sterilization for welfare mothers with three or more “illegitimate” children. As Dr. Curtis Wood, president of the Association for Voluntary Sterilization puts it:

People pollute, and too many people crowded too close together cause many of our social and economic problems … As physicians, we have obligations to our individual patients, but we also have obligations to the society … The welfare mess, as it has been called, cries out for solutions, one of which is fertility control.

Even more than ideology, the doctor’s interest in surgical training has led to the promotion of sterilization, especially in major teaching hospitals. Women who want birth control are talked into sterilization, without any discussion of the risks involved (sterilization is at least as dangerous as the pill or the IUD) or the available alternatives.

Women who definitely want sterilization are often persuaded to have a hysterectomy, rather than the far less complicated tubal ligation, simply because a hysterectomy is a more interesting and challenging operation for the surgeon-in-training. As a medical student at Boston City Hospital reported:

The name of the game is surgery – bring the patient in, cut her open and practice, and move her out. While she is there she is an object, treated coldly, patronizingly. Backs are turned on patients, questions are unanswered, operation permit forms are not explained. It is jokingly said that the only needed prerequisite for a hysterectomy is not to speak English. It isn’t much of a joke.

As a result of the case of the Relf sisters in Alabama, HEW was ordered to set up guidelines for sterilizations supported by federal funds. The guidelines were minimal, but they did include a requirement that the patient be told that sterilization is permanent, and that she be assured that she would not lose any benefits such as welfare, if she refused.

A 72-hour waiting period was also required between the time the woman signed the form and the performance of the operation. This was included to allow the woman to change her mind if she had signed under duress. Almost a year after the court order, the ACLU reported that most of the hospitals they surveyed did not bother to comply with even these minimal guidelines. 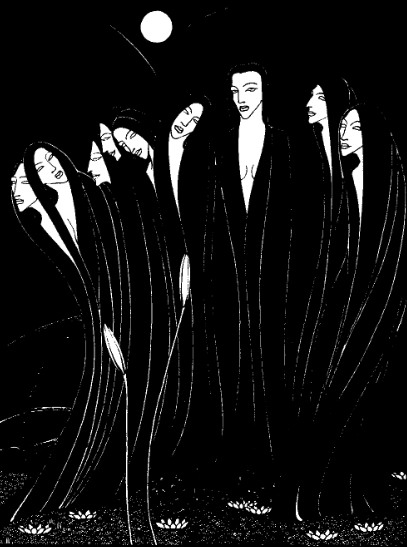 Feminist reaction and organizing around this issue has, until recently, been slow. In part, this may be because white, middle-class women have not felt the pressure. If anything, breeding is still encouraged among more privileged women. A young white married woman who lives in an affluent suburb of Boston tells her obstetrician that she plans to have only one child. “But my dear,” he exclaims, “you are just the sort of a person who should have four or five!” This happened recently to a friend of mine. It probably happens all the time to women who get their care from private obstetricians rather than from public clinics.

Another reason that feminists have been slow to understand the threat of sterilization abuse is that the population control establishment, which is promoting sterilization, has been our ally in the abortion fight. As a result, it has been hard for us to be clear about the fact that their purposes are very different from ours.

When the feds increased funding for family planning twentyfold, they are interested in limiting births, especially among poor women. They have decided for the time being that there are too many of us. They are not interested in our right to control over our bodies. It is important for us to be aware of this especially when we cooperate with them around specific issues.

In the last year, women have begun to fight forced sterilization in an organized way. In New York, The Committee to End Sterilization Abuse (CESA) has developed model guidelines for sterilization that include a 30-day waiting period and a rigorous definition of informed consent.

After a long struggle within the bureaucracy of New York’s Health and Hospitals Corporation, a citizens’ group has succeeded in getting its guidelines adopted as hospital policy. For the process, they provoked opposition from a large segment of organized medicine and the population control establishment, including Planned Parenthood, the Association for Voluntary Sterilization, the American College of Obstetricians and Gynecologists, and HEW. Enforcement of the new guidelines will depend on constant vigilance and pressure from consumer groups.

In California, the ten women who are suing the state have succeeded in getting a court order which halts the use of federal funds for sterilizing women under 21. The judge also ordered the state to rewrite its Spanish language consent form so that ordinary people can understand it. These may seem like token victories, but at least they are a beginning.

Local Action You Can Join

Recently, women’s unions in Minneapolis, Chicago, and Boston have begun to organize action against sterilization abuse. In Boston, a coalition of women (from the Women’s Union, Women’s Law Collective, Women’s Community Health and several other health organizations) is collecting information on the guidelines and practices in local hospitals.

The group would like to hear from any woman who works in a clinic or hospital where sterilizations are being performed, and from any woman who has been sterilized, is considering sterilization or has had sterilization suggested to her by a doctor. People both within and outside the Boston area should contact Madge Kaplan, Committee to End Sterilization Abuse (CESA), PO Box 2068, Boston, MA 02106. Another useful national contact address is CESA, PO Box 839, Cooper Station, New York, NY 10003.

Enough information has already come to light to make it clear that forced sterilization is not just something that happens to other people far away. It is happening here, and now. Only women can stop it.

Judith Herman writes regularly on women’s health issues. She is a psychiatrist and works with the Women’s Mental Health Collective, a feminist therapy group in Somerville, Mass.

US Medical Research Abroad: For the Power Not the People
Turning Prescriptions into Profits