From October 24-26 the Third Annual Northeast Regional Conference of Science for the People was held in Voluntown, Connecticut. Approximately forty people attended, representing Boston, NYC, Stony Brook (NY), Chicago, Tallahassee, Washington (D.C.) and Montreal.* In addition, there were reports from the West Coast and a newly formed chapter in Charlottesville, Va., although they were not represented. The main task of these conferences is to sum up Science for the People’s work in the past year and to discuss the future direction of Science for the People-our practical work and our political understanding. As established by last year’s conference, one goal this year was to move the organization forward in developing principles of unity. Preparation for the conference took the form of position papers on four questions: 1) the role of Principles of Unity; 2) our main strategy; 3) the role of the working class and our relationship to it; 4) programmatic objectives for the organization. These questions, chosen from nine formulated at the 1974 conference, have been the guidelines for discussion on principles of unity in the organization over the past year.

The conference opened Saturday morning with a plenary session devoted to Chapter and Activity Group reports. People spoke of their current projects, history, and plans for the future, including criticisms and problems in their work. Thus, the morning provided an important forum for sharing practical experiences and gaining information and support.

Saturday afternoon we broke into workshops to discuss the questions listed above. The workshop reports established the direction of the rest of the conference. A sense-of-the-body resolution was passed Saturday evening which helped focus our discussions the next day. It stated that Science for the People should direct its activity toward building a mass organization with broad principles of unity. This resolution set the theme of the conference and reaffirmed the goal of building a national organization.

Sunday morning we again broke into workshops, this time to discuss program: the magazine, the AAA$ meeting (to be held in Boston, February 1976) and national organizing. These workshops reported to the afternoon plenary session. After discussion of the workshop reports several guidelines for the coming year’s program were decided upon:

1) Science for the People should be a magazine of a mass organization, focusing in a radical manner on issues in science and technology rather than on general left political issues. It should aim at a broad readership; and thus its style should be more readable and less polemical.

3) The Northeast Regional Committee was directed to form a national organizing committee, which would coordinate the assembly of a “chapter forming” packet of materials created by activity groups with critical discussion of successes and failures. They would also coordinate the travel of experienced members to encourage the formation of and strengthen new chapters.

A second sense-of-the-body resolution was passed dealing with the class position of Science for the People and our relation to the working class. The two main points of this resolution state: 1) The strata that make up our constituency—technology and science-related people ranging from technicians to tenured professors and senior scientists—are characterized by ambiguity both in their material conditions and consciousness. Consequently in their political consciousness and behavior we find vacillation and individualism. However, it must be noted that these strata are in a process of transition. toward greater proletarianization which at the same time does not automatically generate working-class consciousness. 2) Our organization, which includes progressive members of the technical strata should strengthen its support work of working class struggles, raise the importance of actions in solidarity with the working class and continue to expose ruling class ideology.

This conference also directed the preparations for next year’s conference to center around summing up and evaluating our practice (present and past) and using this experience to draw general criteria for choosing future programs. To this end, the Northeast Regional Committee was directed to solicit evaluations of activities from chapters and project groups for publication in the Internal Discussion Bulletin. In general it was felt that principles of unity could best be developed out of an analysis of our practice. 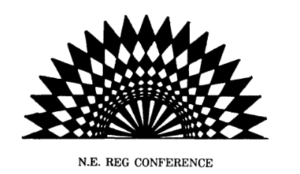 Although a high level of unity was not reached on all questions, for the most part, the conference was positive, providing guidance and a focus for our work in the coming year as well as a means for evaluating it. For a more complete summary of the conference and the resolutions see the next Internal Discussion Bulletin, the internal political document of the organization. Subscribe now! $2.00 from the Boston Office.