by the Unity Caucus 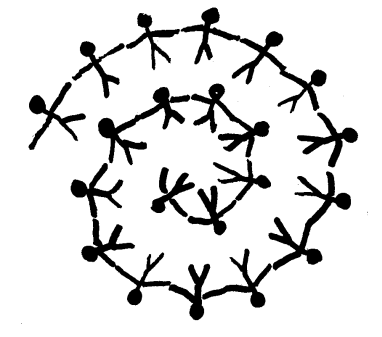 Once again the American Association for the Advancement of Science (AAAS) will hold its annual meetings in New York, Jan., 1975. This is not new.

Once again Science for the People can be there carrying out its responsibilities to humankind by attacking, behind the mask of science, the technology and ideology of repression, exploitation, racism and sexism. This would not be new.

In 1975, in New York, we can have actions to dramatize a definite political program, decided on collectively by a representative group from Science for the People nationwide, with invited participation of other political groups based on explicit principles of unity, carried out with discipline, and with agreed-upon leadership. This would be new.

Let us renew Science for the People. Let us forge in struggle a program for organization. Let us give this struggle form by an exemplary coalition in action in New York in January, 1975.

Contact us. We will call the first planning meeting for early November (probably in New York).

First Our Land, Now Our Health
Report from the Boston Science Teaching Group