First Our Land, Now Our Health

In 1970, the Department of Defense awarded the University of Minnesota Medical School $88,7251 to continue research begun in 1954 on the biology and epidemiology2 of staphylocci and streptococci, the bacterial agents of the diseases impetigo and nephritis. This investigation involving hundreds of thousands of dollars has been carried on at Red Lake Indian Reservation. The Reservation residents were not treated as patients to be cured of bacterial infection but as a source of experimental data.

In a Symposim recorded in Military Medicine,3 chaired by the principal investigator, Dr. Wannamaker, of the Red Lake studies, the editors state that the findings at Red Lake can be used to predict the risk of development of nephritis among U.S. soldiers in Southeast Asia. In effect, Red Lake was a simulation of the hygienic conditions of a Vietnam battlefield where impetigo is also present. On the grant application for continuation of the Red Lake study,4 the following were listed as reasons for military support:

Impetigo is a skin disease caused by streptococci bacteria inducing boil-like pustules on the face, legs and other exposed parts of the body, which may itch, bum and bleed. It spreads rapidly, persists unless treated and leads to multiple infection in families. With certain strains of streptococci, impetigo can lead to nephritis, an inflamation of the kidneys, characterized by blood in urine (hematuria) and can lead to kidney failure. Nephritis requires hospitalization. Impetigo is routinely cured with penicillin.

Crowding and low socio-economic conditions appear to influence the spread of impetigo.6 Children are more susceptible to impetigo than are other age groups. Probably due to crowded and unsanitary living conditions, impetigo has been an important cause of illness in wartime, as, for example, troops in the Mekong Delta were commonly disabled by impetigo.

Areas in which widespread impetigo has been studied are Red Lake, Minnesota; Birmingham, Alabama; Trinidad; Lebanon and South Vietnam. The incidence of contracting impetigo seems higher among dark-skinned people but the possible role of racial factors is uncertain. Investigations of racial differences in susceptibility have obvious importance for the U.S. Defense Department in Third World counterinsurgency operations.

The 900 square mile Reservation of the Chippewa Nation, located in Northwestern Minnesota; comprises approximately 3,000 people. Most of the population live in or nearby the three major towns — Red Lake, Redby and Ponemah. The economy is based on fishing and a small amount of logging. Some jobs are available on the Reservation through work programs instituted by the government such as OEO and HEW.

Most of the medical problems can be related to the living conditions, such as poor housing, clothing and diet. There are few preventive programs. The average age of death is 42. Diseases of every kind are seen in the Red Lake area. Pneumonia is a winter-long disease; tuberculosis is prevalent. Both impetigo and nephritis have reached epidemic proportions at Red Lake in 1953 and 1966.

The following reports are typical of the human impetigo/nephritis experiments conducted on Native Americans at Red Lake, Minnesota:

As discussed in the 1971 Military Medicine article,20 the U.S. military has a deep interest in these studies. Skin infections are a major cause of disability among servicement in Southeast Asia and other places. The type of information in these studies is essential for the control of impetigo in military installations and for prediction of the risk of development of nephritis among such military personnel. Also, the possibility of racial differences in disease susceptibility could be used for military purposes.

These studies are beneficial to another group: the investigators who develop scientific careers by the publication of such studies receiving large sums of grant money. The number of publications and the money a scientist brings into the university are always a consideration in his/her promotion. In all these articles, the sponsorship of the Armed Forces Epidemiological Board is acknowledged. No credits are extended to the Native Americans…

The conduct of medical research on Third World peoples is not unique to Red Lake. Other examples are the syphilis studies on Blacks at Tuskegee, Alabama,21 and the hepatitis studies at the Willowbrook State Institution, New York, where low-income people were injected with live hepatitis viruses.22 But we do not need to cite only these blatant examples to show that health care in this country is objectively racist — Third World people consistently receive the worst care while sustaining the highest rate of illness. 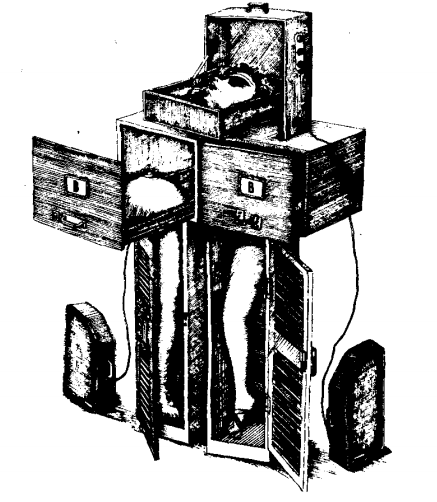 At first, it may seem that the exploitation on the Red Lake Reservation is somehow “out there” – morally reprehensible, but not directly bearing on our own lives. Along with this is the idea that when we fight racist practices directed against other peoples, we do it for them, not for ourselves. However, all low and middle income Americans of every race receive inadequate health care, and for the same reasons. Our health needs, like those of Red Lake residents, are sacrificed for the career ambitions of the doctors and the interests of the agencies funding the medical programs. The impetigo study at Red Lake is not merely an atrocity calling for token reparations, but a pointed illustration of the general medical policies that hurt all of us. We see that a fight against the underlying causes of racist health care is in the material interest of all of us.

The Minnesota chapters of Science for the People and the Committee Against Racism [CAR] worked together in the preparation of this report. CAR is a recently formed national organization predicated on the assertion that racism hurts all of us, including whites, and that we must unite in a multiracial struggle whose outcome is crucial to the majority of people in our country. We are carrying out further work on this issue.

Further information about the CAR project on Red Lake can be obtained by writing:

Science Teaching Column: Inside Prison Walls
Something Old, Something New