John Stewart raises the important question of the relation between a scientific method, and politics and their psychological effect on the scientist in his laboratory. He describes a personal viewpoint, but invites readers to suggest what can be done by progressive scientists to ameliorate the situation today while preparing for the science and politics of a new society.

In printing this statement, the editorial collective hopes that some of our readers will be moved to tackle the issue:

What scientific method is consonant with a radical change in society?

In what ways would this eliminate the psychological alienation so many of us experience?

Science and politics are intimately related. Scientific research is a social activity which fulfills a social and political function. Yet, a great many people, including the overwhelming majority of scientists themselves, consider that science is a value-free and apolitical activity.

Science is the basis of our industrial civilization. It is responsible for instruments of war of immense power. Without it our lives would be unimaginably different. The effects of science-based technology on the lives of everyone in the world are so enormous that the social and hence political nature of science should be obvious.

The Official View of Science

The official picture of science is that of a continual interplay between fact and hypothesis. The function of hypothesis is firstly to account for a number of observed facts and secondly to predict some new facts. If the predictions are borne out by subsequent observation, the hypothesis is provisionally accepted, and will be tested further by extending it and/or rendering it more precise, hence leading to new predictions. If the predictions are not borne out, the hypothesis must be either abandoned in favor of an alternative or, more usually, modified to render it consistent with all the facts.

Hidden Values of This View

Before concluding that this process is really value-free, however, there are a number of points to be raised. Scientists do not treat all facts alike; although, they profess a great respect for facts and objectivity. They select for study those facts which fit into their hypothesis by either confirming or contradicting it. They ignore all other facts as irrelevant and indeed they could not do otherwise if “the scientific method” is to function. Nor are scientists interested equally in all hypotheses or fields of inquiry. They value only “testable” hypotheses, i.e., only hypotheses which function well in “the scientific method” by providing specific predictions which are open to factual verification. The role of prediction in this picture also expresses values, particularly the value of control.

The Political Nature of Science

Science is not neutral. It has both political and personal implications.

Prediction gives control to the few who have the means and takes it from the many who don’t have access to the reins of technology. Life in a society with a science-based technology has been made so complicated that it seems impossible for any one person to understand it. This madness is officially made palatable for ordinary people by the argument that experts deal only with technical matters that the rest of us don’t need to know about in detail. This is adding insult to injury. Not only do we live in a situation where crucial decisions over our lives are inaccessible to us, but on top of that we have the smokescreen and truly Kafkaesque confusion that technology unfolds without any decisions being made.

Applying “the scientific method” to the study of social phenomena, we see the aim of a scientific investigation is to render the phenomena predictable within the framework of so-called, objective observation. Objective observation selects the status quo as the norm and attempts to predict why such non-normative behavior as crime, madness, riots, counterculture and “third” political parties occur. The purpose of this prediction is again to control these phenomena, even to prevent their appearance.

Personal Implications Beyond the Political

The official view of science, whether pure, technological or social, aims to leave prediction and control in the hands of the ruling class. It is not for the ordinary person to assume this role. The result is that science mystifies the world we live in, alienating people from their environment and themselves. This is the alienation felt by every ordinary person with respect to science: it is too complicated for any one person to understand. Indeed, it is difficult for anyone who is not a scientist to imagine how far the process of specialization and mutual incomprehension has gone. It is ironical that one of the favorite images of apologists for science is that of a primitive savage at the mercy of an environment (weather, crops, wild animals) that he can neither understand nor control, and can relate to only in terms of supersitition and gods. Supposedly the advance of science frees him from ignorance and dependence on natural forces. And yet if we look at our own situation, we are probably further from being able to control the factors that affect our lives than the so-called savage.

A second face of alienation concerns the experience of the scientist, whose specialization and isolation is equally disastrous since it deprives his work of its natural raison d’etre. But in addition to this social alienation, the supposedly amoral, apolitical nature of the work has a psychological consequence for the scientist. If a scientist retains any moral, emotional or political sensibility, it is in a very uncomfortable schizophrenia with his “scientific Self”. But the result of existing solely at a rational, intellectual level is a gradual withering of emotional spontaneity. Furthermore, the refusal to admit the reality of political struggles leads to an aloof, detached liberalism which serves only to mask total complicity with Hie status quo. In this way the scientist becomes systematically dehumanized—a process which is reflected in the impersonal, hierarchial relationships which generally exist in scientific laboratories. The overall result is a vague alienation—which is difficult to grasp because it is so largely internalized. 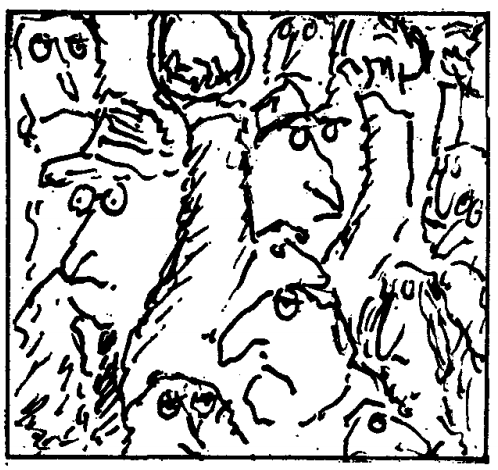 Science is a social activity and this particular philosophy of science has been chosen and developed for social and political reasons. And indeed the attractiveness for a ruling class of a science which produces power per se is obvious. The fact that this power is considered value-free immensely increases its utility for the ruling class, since it means that no restrictions are placed on the use of this power.

A radical transformation in the practice of science must take place. I do not believe that this transformaion of the nature of science can or should wait until some future revolution. On the contrary, as militant blacks and women have understood, there are some changes which can and must be fought for now. This is not to  deny that the socialist revolution will be essential for the full transformation. Rather, the struggle to achieve the transformation is part of a political process which will include “the revolution” and the transfer of political power. But it must start now and it will continue after “the revolution” (like the Chinese cultural revolution) if the political revolution is truly going to change our lives.

What is to be done?

About This Issue
Women as Objects: Science and Sexual Politics