The Inherited Ideology of Science

We have inherited from bourgeois society a science whose structure presupposes that man exists inherently as a passive object of external natural laws that science must discover but over which man has no ultimate control. A revolutionary movement that intends to liberate man’s repressed desires will need to overcome all forms of bourgeois science that so roots human domination in human nature; the only “human nature” is that man knows the natural world by consciously acting on it to modify it, while constructing his own historically specific “nature” in that process. I want to undertake a project of Marxist journalism with respect to the current political/scientific debate over IQ; understanding the present as history requires revealing the social basis for the views of all those involved, including the scientists on both sides, the leftists, and this writer himself. This means understanding not just the political effect on scientific investigation, but also the political content of scientific categories themselves, which for our purposes here can be traced back to the 19th century transition in biology.

The debate over Darwinian evolution proceeded on political grounds, each participant looking to evolutionary theory for a basis in science for his social views, which often required attempting to separate Darwinism from its Malthusian precursor. Huxley tried to show — contrary to those participants’ thinking — that political predictions do not follow logically from biological theories, but he failed to see that Darwin’s theory incorporated a changed ideology of man’s place in nature corresponding to the increasingly competitive urban world of 19th century England. In other words, even though Darwin did not actively enter the debate, his anthropomorphic “survival of the fittest” already contained certain Malthusian conceptions inseparable from political economy and natural theology.

Radicals should understand that a major ideological obstacle today is the secular religion of science derived from that period (although possibly tracable back to Bacon or even earlier). Many Darwinians underwent a theistic religious conversion in which they came to identify the traditional Deity with natural laws, the latter operating as super-human forces controlling man, just as God “out there” had done earlier. In the same period, “dialectical materialism” located similar forces in the “objective laws of history,” which only vulgar Marxists1 were to have understood, instead of God, it was the base that made history by using the superstructure as the instrument of its will. Neither version understands the human dialectical basis of history; both abdicate to objective knowledge of science. That myth of progress through science is perpetuated in its most subtle and therefore insidious form by those who attack genetic racism (or behaviorism, etc.) as “unscientific.”

In the Lysenko debate, 2 Engels’ suspicion of genetic inheritance was carried over into the 20th century against the new Mendelian genetics, which many Russian scientists considered a pseudo-scientific basis for imperialist ideology. Many people who took diametrically opposed positions in the genetics debate still operated within a (implicitly) common assumption: that biological theory (Mendelian vs. Lamarckian) determines human nature and therefore politics (capitalism vs. socialism). A generation later, Medvedev remained incapable of explaining the Lysenko episode except by excluding Lysenko’s school from the realm of science, in order to salvage his notion of scientific objectivity. However, it is less useful to brand Lysenko as unscientific (or his Western opponents as more scientific) than to understand his place in the Engels tradition of preference for Lamarckianism (inheritance of acquired characteristics), which seemed to them more consistent with the inevitablity of world socialism.

In the current IQ inheritance debate, many participants choose sides according to their political assessment of racial minorities based upon moral attitudes that they attempt to conceal behind science. The anti-racists reveal their own ideology when they attack Herrnstein’s ”pseudoscientific” activities for undermining “socially progressive” government programs, as if politics and science can· be separated for them or for Herrnstein. As with Huxley a century ago, some observers (such as Chomsky) have argued that a political view or educational policy doesn’t follow logically from a scientific theory; but in so doing, he implies that the scientific question can be politically neutral.

On the contrary, the very question being debated is continuing the 19th century controversy in a modern form. Appropriate to the advance of “scientific objectivity,” or the bourgeois reduction of quality into measurable quantity, the 19th century moral character judgements on the Negro race (whether pro or con) have been stripped of their emotional component and reduced to a more technically measurable category: intelligence. Similarly, Piaget greatly advanced psychology by basing his epistemology upon a subject-object dialectic, which replaced 19th century religious-moral models of intellect; but his model remains ideological precisely for divorcing individual cognition from its emotional & social basis.

The very notion of intelligence is a modern ideological category, a commodity to be measured for sale on the marketplace. The science of measuring IQ (or even gauging stages of intelligence) presupposes that intellectual growth actually occurs by soriie isolable process of logical operations. So in the IQ debate, the non-neutrality of science originates not at the point of application of some neutral knowledge, but much earlier, at the point of the production of that knowledge. The paradigm of measuring intelligence informs a particular mode of practical activity that already contains the limits of its application. IQ measurements inform bourgeois society’s scientific management of the production and use of cognition for the process of reproducing bourgeois society – regardless of one’s scientific conclusions as to the inheritance of intelligence or its political implications. 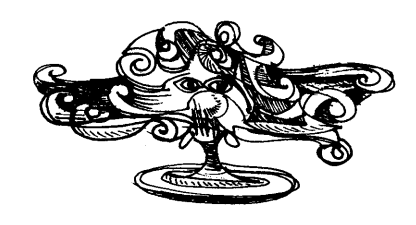 A revolutionary science, like bourgeois science, will certainly contain a political bias, but will not deny or mystify that social basis in daily life. Revolutionary science will abolish all man-made separations and fragmentations rooted in “scientific objectivity,” but not by alternatively pretending that man is merely identical to nature, since man’s place in nature is an historical product of man’s own conscious activity. Revolutionary science will understand itself as a part of human history, and therefore as a science not of natural law but of human struggle.

Robert Young, “Evolutionary Biology and Ideology: then and now” in The Biological Revolution (or in History of Science Vol. II) 1971.

Robert Young in Changing Perspectives in the History of Science 1973

A History of Eugenics in the Class Struggle
One Battlefront