In spite of the depravity of the ideas they spread (or because of it) the followers of Jansenism have had full access to the public media. Both Shockley and Herrenstein have appeared on nationwide T.V. and their theories have been given repeated exposure in the press. Originally published in magazines for the intellectual set like Atlantic, Encounter, and Commentary, Jensen’s and Herrnstein’s claims have more recently appeared in more popular magazines and newspapers—Time, the New York Times, and many working-class dailies. In Time, for example, in an editorial called “The Usefulness of Obsolescent Ideas,” Jensen’s and Herrnstein’s theories of genetic inferiority are held up as the explanation for the failures of the social programs of the 1960’s.1 In the New York Times, Shockley’s right to be given a public forum for advocating sterilization of low IQ mothers is defended.2 And in working-class newspapers around the country (for example, the Chicago Tribune and Minneapolis Star) syndicated columns are featuring articles in which Herrnstein argues the inevitability and justice of poverty for those who are born “inferior.”3

Within academia, as well, their reactionary ideas have been kept alive. Textbooks and college courses abound with racist theories. Following many attacks made on them last year, Jensen and Herrnstein and 47 others signed a statement in the American Psychologist endorsing the “hereditarian” view of human behavior; and, likening themselves to Galileo, claimed that their “scientific” work was being suppressed!4 The suppression certainly wasn’t coming from the government. The National Institutes of Health, for example, is funding a $1.5 million study at the University of Hawaii entitled “Genetic and Environmental Bases of Human Cognition.” This project is just another attempt to link intelligence to specific genes. The purpose is explained in the research proposal:

With respect to long-range significance these data will serve as a basis for future decisions about the disturbing but inevitable questions about population control which will have to be made at government level. Obviously, many different answers are possible. The purpose of this study is to provide some solid information about the genetic correlates of intelligence so that an informed decision may eventually be made.5

The “informed decisions” of government so far have been cutbacks in educational, social, and welfare programs like Head Start, Upward Bound, legal assistance aid, and many other Office of Economic Opportunity programs. The justifications for these cutbacks have come from the Moynihans, Jensens, Herrnsteins, and others whose research attempts to demonstrate the genetic or cultural inferiority of the poor and the black. The extension of their ideas to social policy takes the form, for example, of recommendations of the Committee of Economic Development, which calls for doubling of college tuitions and the turning of state colleges into technical and occupational training centers.

The struggle against Jensenism has been waged on many fronts. On the job it has taken the form of organizing black and white and other workers into a united struggle against racist and exploitive work conditions. On a community level it has involved fights to stop cutbacks in government economic, educational, and social welfare programs. And on the academic front it has taken the form of an ideological struggle to expose and discredit the IQ ideology and those who are pushing it.

Within the universities, the fight against racist, anti working-class theories has involved the refutation of Jensen’s and others’ “scientific” claims. Herrnstein has been directly confronted at Harvard University (where he does pigeon research) and a campaign has been waged against Shockley on his recent lecture tour of eastern universities (Harvard was forced to cancel his talk, he was applauded down at Dartmouth, boycotted at Princeton, and booed down at Staten Island Community College).

Many groups have been involved in these and other actions. Several months ago 1200 people met in N.Y. City to form a national Committee Against Racism (CAR). This organization had its origins at the University of Connecticut two years ago, where a group was formed to combat academic racism. It drafted position papers, circulated petitions, and more recently organized a response to Jensen’s and Herrnstein’s advertisement, referred to above, in the American Psychologist. This response was “A Resolution Against Racism” published in the New York Times and signed by 1400 academics.6 Among other things, this resolution called for the November, 1973 New York convention out of which came the national CAR with 25 local chapters. The organization was formed on the basis of the following principles:

Most CAR chapters have been holding forums and teach-ins to publicize how the IQ theories are being used on college campuses and what people can do against them. For example, one struggle all CAR chapters have been involved in is fighting classroom racism, that is, racist textbooks, courses, and professors. The actions they have been taking include boycotting various books and circulating position papers against professors and courses. Other CAR chapters have been holding forums on such issues as racism in employment (discrimination through testing for employment), firings of black faculty, racist policies in admissions, academic freedom and racism, etc, 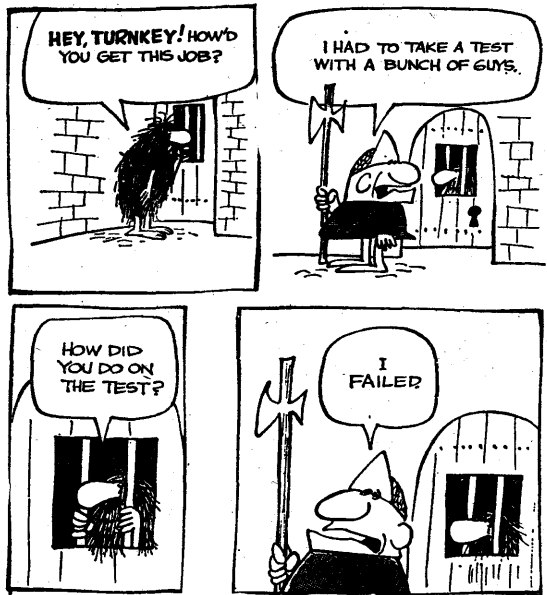 Another form of struggle is with institutional racism, that is, the local effect of government and administration policies. The University of Massachusetts (Boston) chapter, for example, is fighting around two such issues. First, educational funds are being cut back while at the same time the state legislature is considering a bill which would double tuition. Second, the University has just moved to a new campus in a working-class neighborhood bordering on a nearly all-black housing project. The University, not having built any student housing, is planning to take over the housing project. The U-Mass chapter of CAR has written an “Indictment of Racism” against the University and has held several forums to explain the issues and explore what can be done in opposition. The chapter is also working with people living in the project to form a strong interracial front, beginning with the organizing of a rent strike.

These battles in and around academia will be significant only when combined with attacks on many other fronts. Successful campaigns have been waged to abolish IQ testing in some schools, and in some cases courts have ruled that IQ tests are (racially) discriminatory.8 In some cases the courts have also ruled against using IQ tests for screening job applicants. But the battle must go far beyond the courts, to militant organizing of teachers and students and parents against IQ tests, to militant organizing of black and white workers against the racism on the job, to the militant organizing of all working people against the ideas and practices that keep them divided.