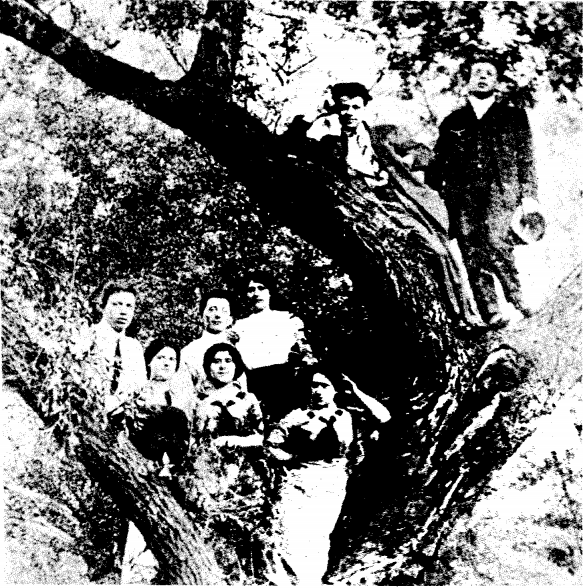 In the past year there has been an increasing awareness of the need for SESPA/SftP to better define its politics and to develop organizationally in broadening the base of people who accept responsibilities and make decisions. A Northeast regional conference to discuss program, tactics and organization was conceived as a step in the direction of that definition and development, and will hopefully lead to a national conference in the near future.

Approximately 85 people attended the conference held October 26–28 in Voluntown, Connecticut at a farm run by the Community for Nonviolent Action. Many people came from the Boston area with sizeable groups from New York City and Stonybrook. There were representatives from as far away as Minneapolis, Chicago and Cincinnati with others from Dartmouth, Oswego and Rutgers. Planning for the conference was done by a group from New York and Boston, after a lot of initial footwork by Jim Landen of Schenectady. Position papers were solicited and received from various chapters, individuals and local area groups. Copies of the papers were redistiibuted to attendees prior to the conference in preparation for the conference.

People started arriving on Friday evening, which was set aside as a time for people to meet and get to know each other. At the initial plenary session on Saturday morning, the position papers were discussed. Following the plenary session and after lunch, workshops were held that dealt with the magazine, chapter problems, industrial organizing, university organizing, professional society meeting activities, political education in SESPA and the relation of SESPA to other struggles. An evening plenary session heard reports and proposals from the workshops. Following the plenary session, at a point when people’s heads would no longer function, a party was held.

Sunday morning workshops were organized around three topics: guidelines for SESPA/SftP Chapter activities, regional coordination, and the magazine, with the intent of developing concrete proposals. These were presented and discussed at the plenary session which followed. The proposals on SftP magazine and on a Northeast regional Coordinating Committee were approved as were some of the proposed guidelines for chapter activities [see boxes on the following pages] Other guidelines specifying the constituency to which SESPA/SftP should direct its efforts and the form of the organization’s political work were discussed, but await future regional meetings to be worked out more fully and approved.

We of NYC SESPA/SftP would like to share some of our reactions to the Northeast Regional Conference, in the hopes of keeping up the dialogue and interaction that started there. First, we came away with really good feelings about the people we met and the friendly atmosphere of the entire conference. The 80+ turnout Friday night and the warm, if somewhat intense, accommodations provided by the CNVA were the first pleasant surprises.

In working with other people to set up the conference, we had hoped that it would contribute to the development of a national political perspective, strategy, and structure for SESPA. In general, we think that we got something in the first category (in the “Guidelines for Activities”), nothing in the way of strategy, and all that could be hoped for at this time (in the form of the Regional Committee) in the last category.

We thought that the position papers presented by the various chapters and individuals were of a high enough quality to serve as the basis of very productive discussions. Although each position paper was somewhat limited, in that all grew out of the experiences of single chapters and to some degree advocated more of that experience as the best road for SESPA as a whole, the advocacy of the various positions has helped us considerably in understanding what is going on in the rest of SESPA. Also, most of the papers gave careful attention to one of our most serious problems—a reasonably undisciplined internal work style. We are somewhat chagrined that our position paper, which we thought was perhaps too grandiose when we were writing it out, actually turned out to present fairly minimal concrete proposals.

Unfortunately, the issues raised in the position papers got badly mangled in the first plenary, Saturday morning. With a few exceptions (notably the Stony Brook chapter), the opening presentations (ours included) failed to come to grips with the issues raised in the papers of other groups. In the discussion that followed, no one managed to come up with even a clear statement of the questions involved, such as the conflicts and agreements between industrial organizing, support activities for industrial workers or third world struggles, and cultural and ideological struggles. The meeting degenerated into a series of reasonable points, none of which bore any relation to the issues raised by the previous speaker. In retrospect, this is not too surprising; the disparate activities of our various chapters meant that each group had very little practice giving substance to its arguments in any activities other than its own. That’s why we called a conference.

The mc21 is exempted from any aspect of the above criticism. They came to the conference with a carefully thought-out paper presenting a problem of such national importance that their intense pursuit of it was fully justified. [See SftP, Vol. V, no. 5, Sept., 1973]

The workshops ranged from good to bland. Getting together in smaller groups certainly helped communication—we discovered that the Industrial Group was nowhere near the “into the factories” types a too-hasty reading of their position paper had led us to believe. The Magazine workshop was productive, due to both prior preparation and to the urgency of the problem. In the Chapter Problems workshop, jumping off from Mike Teel’s “Work Style” paper, we found that our senses of what was wrong in SESPA chapters were nearly identical, and the sexism, racism, and elitism guidelines flowed from this sense quite naturally. In the other workshops (University organizing, Political Education, and Relations to Other Struggles) there were some valuable discussions, but there was also some ego tripping, and differences were not overcome to a degree sufficient to bring clarity to SESPA’s future in these areas.

In the Saturday evening plenary, the discussion got somewhat bogged down after the workshop reports, but it seemed to be more a case of exhaustion than anything else. The party was a gas.

The Sunday morning workshops on the Magazine, Regional Structure and Guidelines for SESPA activities actually accomplished what they set out to do and presented concrete proposals to the 11:00 am plenary. The near unanimity of that plenary in adopting the proposals “in principle” may have been due in part to the sense of urgency (it was time to go), but we think that they also represented a real consensus of Northeast Regional SESPA on the minimal organizational requirements for the next stage of our struggle, based on the practical political experiences that we did have in common.

We were disappointed that the conference did not manage to come to grips with questions concerning a national strategy, such as a critique and comparison of the People’s R&D proposal and the Industrial Group’s class analysis position. This weakness is probably a reflection of the ultimate weakness of SESPA: we do not have sufficient ties to our constituency to have developed links between a long-term strategy and our actual practice. However, if we can do one half of the things we said we would do at the conference, we are sure that SESPA will grow so strongly that we will be able to return to these questions at the next conference (and the one after that) with the experience that will enable us to do them justice. As Mick Jagger said at the Saturday night party: “You can’t always get what you want, but if you try sometimes, you just might find, you get what you need.”

The following is an attempt to convey the essential points of agreement reached by the Stonybrook SftP chapter during the discussion of the first Northeast Regional SESPA/SftP Conference. Despite the number of critical points we wish to raise, we do believe that the conference was a worthwhile endeavor, both in terms of the positive results (guidelines, regional structure, and plans to revitalize the magazine) and in terms of what we learned from the first experience that should result in more successful future meetings.