Learning from History: Chilean Struggle and the US Left

Addressing Chile’s Congress, Allende referred to the circumstances of Russia in 1917, of the examples of the Soviet Union and China. He was no academic, no theorist, he was a practical man who considered himself no more nor less than an instrument of the struggle of the Chilean working class. To be able to contribute toward understanding and acting on the particular problems of the Chilean struggle, he and his comrades armed themselves with an understanding of the historic struggles of the working class throughout Latin America and the world.

It is this sense of history and awareness of one’s role as subject in a world-historic process that accounts for the optimism of Allende, Lenin, Marx, and the unnamed millions that have played an inspirational, leading role in the struggle. And it is within this context that we in the U.S. left must evaluate the Chilean experience. By grasping the scope of the accelerating world revolution of which we are a part, we can overcome the sense of isolation fostered by the fragmented nature of our local struggles. Only then can we see the military coup, the murder in Chile, the burning of books, as a battle lost in a war which we all are winning and have been winning for 150 years despite lost battles, setbacks, and occasional retrenchments.

Who today would deny the inspiration to world revolution of the Paris Commune of 1871, a working class victory that was brutally smashed by the military in a bloodletting that drenched the streets of Paris with the blood of 100,000 workers? The Russian workers, educated and inspired by the Parisian struggle, created the Soviets in 1905 and achieved victory in October 1917. But how many in the U.S. know that they are heirs to the struggle of the workers of Paris in 1871, of the workers in St. Petersburg in 1917, and of the workers in Colorado in 1904? How many of us knew anything at all about Chile, about struggle in the Americas, before Allende was elected, before the coup?

If we do not know that the largest general strike in this century in North America occurred in Quebec two years ago, a strike in which men struck Jor demands which primary beneficiaries were women, radio stations were occupied, socialism was the slogan, then we will despair if the police break a few heads. If we do not know of the occupation and worker self-management of a factory in Besancon, France this year, or in Sheffield, England three years ago, or of the occupations at Fiat in Italy, etc.; then we will not have confidence in the workers’ capability and motivation to take what is theirs and run things without the capitalists and the parasitic managers. If we do not know of the three quarter century long struggles of the Chilean working class, of the growth of class consciousness, then we will despair at the coup or be unable to interpret the electoral victory of the Popular Unity [see the chronology, pg. 10].

The immediate lessons of recent Chilean history are not the same for all, but are dependent on the economic, political, and social conditions in each country and on the state of organization, numbers, and class base of the movement. For the U.S. left, the lesson of the Chilean struggle is in the process that led to the electoral victory of the Popular Unity in 1970, the growth of consciousness, and the revolutionary changes that were brutally and abruptly terminated on September 11, 1973. We must discover what made it possible for all this (that we cannot yet imagine here) to take place.

At the many rallies that became a way of life after the first attempt at counterrevolution in June, an increasingly popular sign carried by the workers was “This Government is shit, but it is my Government.” Where did such class consciousness come from? Where did such nonsectarianism come from that workers could clearly distinguish between disagreements among themselves and irreconciliable class conflict between themselves and the ruling class? How is it that with virtually every newspaper and radio/T.V. station against the Popular Unity (U.P.) and the working class, 44% of the vote went to the U.P.? How did it come to pass that the major party of the capitalists, the Christian Democrats, had to pay lip service to many points of the working class program in order to get Eduardo Frei elected in 1964? The answer to these and many similar questions are what we of the U.S. left must seek in our study of the history of the Chilean working class. We also must break the thorough dominance of the ideology of capitalism over all aspects of the lives of our people. We also must participate in and give guidance if we can to the development of class consciousness and nonsectarian solidarity.

There was no singular event, no single factor, not even a single political party or union that made the events of 1970-73 possible. They were the result of a long history of class struggle in which the Chilean working class learned many brutal lessons: the massacre at Iquique (2,000 workers were killed in 1907), the Punta Arenas massacre (3,000 killed in 1925), the Santiago riots of April, 1957, etc. There were significant periods of political repression: the Communist Party was outlawed in the periods 1925-35 and 1948-58. Yet the overall development was in concert with the world-wide development of working class consciousness and awareness of the necessity for socialism. Some of these events are similar to the history of the U.S. workers’ movement in the late 19th and early 20th centuries. A most significant difference is that in Chile there was a “union of Marxist theory and the national workers’ movement.”1 The activity of the working class itself on its own behalf was joined with the placing of “politics in command.” This is essential in our struggle as well.

Allende, as a medical student, “lived in a very humble district … [the radical medical students] lived with the people, most of us were from the provinces and those of us who lived in the same hostel used to meet at night for reading of Das Kapital, Lenin, and also Trotsky.” Gene Debs, U.S. railroad worker, cast into prison for his militant participation in the class struggle, there read Marx and Engels and became an important contributor to the formation of the political organizations of the U.S. working class. During the 1937 sit-down strike of auto workers in Flint, Michigan, graduate students were invited to give talks on U.S. labor history and other subjects. When this pattern of self-education of the working class is thorough, it is an instrument for the development of class consciousness. It buoys the optimism and supports the sense of history that are necessary for the class to become the maker of its own destiny, the prime agent of contemporary history.

In Chile the process of revolutionary struggle created a new culture, a culture which not only contains the historic examples of alternative institutions, of workers’ councils, and factory schools, but which also contains the lessons of struggle, of mistakes and their correction, and of victory. It is the true counter-culture, the heritage of a century and a half of battle, which teaches of the reconcilable nature of the differences among ourselves and the irreconcilable conflict between the working class and capitalists.

There are other lessons of Chile important for our future struggles. We must ask, along with the leftist Chilean workers what are the limits of electoral politics? What does it mean to leave armed a military that served the old ruling class and not to arm the workers? What kind of law and order is it that restrains the take-over of land and factories but lets the petit bourgeoisie cripple the economy? What kind of mass organizations are necessary to unite the working class without the pitfalls of the bureaurocratic left parties?

No formula will provide the answers to these questions. If we do not know the answers to the problems of our revolution as they arise, then we must know the method of getting them. The textbook of revolution is history. The struggle of the Chilean workers is one part. The conclusions they will draw from their experience are yet to come. That will be another. 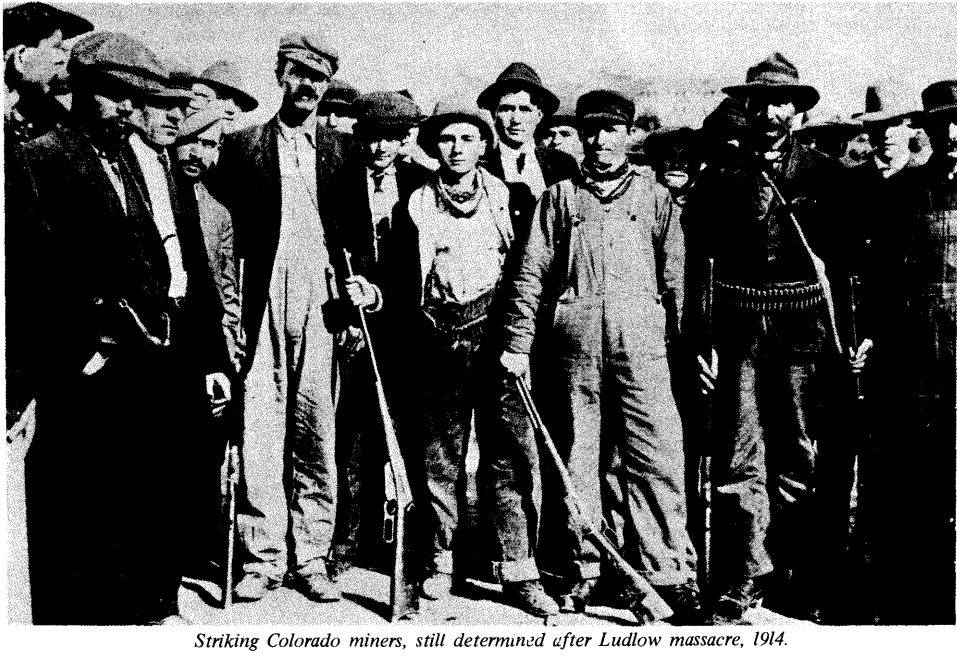 About This Issue
Chile: A History of Imperialism and Struggle