Light in the Sewer

In a recent letter you and Professor Bott asked me to help the Battelle Rencontres Committee improve future Rencontres by comments on past ones, and discuss concrete ways in which participation in the past has influenced my work.

As far as I am concerned—and, I believe, many other concerned scientists as well—the best thing you and any other planners and/or participants involved with the Jason project, IDA, DCPG, or ARPA, etc., could do is:

(1) cease all your services for the Pentagon;

(2) repudiate the U.S. militaristic policies and corruptions of science in that service;

(3) reveal whatever inside information you have about the military, as Ellsberg did.

To you the connection between these request and the sense of your letter may seem tenuous; allow me to elaborate on how these requests have direct relevance to my own research and how the issues they raise inhibited the productivity that should have come out of my past participation with the Battelle Rencontres.

I attended the Rencontres on Group Representations and Quantum Mechanics at Battelle Seattle in the summer of 1969. I arrived the day that men were landing on the moon; the T.V. was on, and there was lively debate on the topic of the scientific significance of the expedition. I found this conversation much more revealing than the usual “I’m a high energy man; what’s your field?” type of chit-chat. The tone was set for the possibilty of interesting exchanges on all levels. 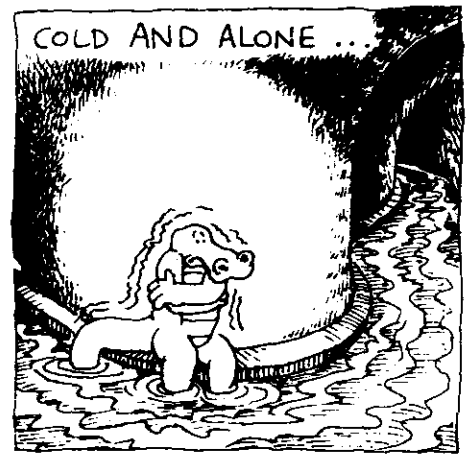 Under the tutelage of Professor Bargmann, these possibilities materialized. I was especially pleased with how some of the physicists really tried to teach this pure mathematician greenhorn what quantum mechanics was all about. Several concrete possibilities for collaboration occurred, including the relevance of factor representations of type II of the symmetry group of the Hamiltonian in a certain problem in solid state physics, and the possibilty of a relativistic treatment of the tie-in of Brownian motion with quantum mechanics ala Edward Nelson. The enthusiasm this inspired in me was tremendous.

The Battelle Institute took very good care of us and used their resources quite well to encourage this exciting interaction.

I made personal friends with a number of participants, including one young physicist who worked for IDA. I didn’t know much about IDA at the time, but I had a vague malaise about his involvement with it and, therefore, mine with him. I felt like confronting him and saying, “What’s a nice guy like you doing consulting for an outfit like that?” but I felt it was “out of place,” “inappropriate in a scientific context,” and besides, in my weakness, I didn’t want to offend anyone.

Then another young physicist at the Rencontres invited me to join him in putting my name on a memorandum he was circulating on the military contracts awarded the Battelle Memorial Institute; I enclose a copy of what we sent out. He and I had been bothered by the contradiction between, on the one hand, our feelings about the war in Vietnam, the technological development that made it possible, the compliancy of institutes like Battelle in that development, and, on the other, how the Institute was coddling us, making this interaction possible, etc. Although I did none of the research on the memorandum, I cosigned in a gesture of solidarity, because I had committed myself to confronting the American people with the war at every available opportunity.

The official reaction to the memorandum was one of benign neglect. However, it did stir up some discussion on the issues that we felt needed discussing. Many of the participants told us they couldn’t see the point of the act; after all, it had no call to action and was purely informative. Also, to them it smacked of biting the hand that feeds you. I believe these criticisms were well taken, but more about that later. I was more disturbed by the friends who pulled me kindly aside and warned me of the impudence of our act. One older mathematician told me that we would throw the country into fascism if people like me continued to actively protest the war as we had. The young physicist who worked for IDA informed me that he too was against the war, but the way we had gone about bringing it up was “inappropriate here.” He didn’t seem to want to join in helping us plan more appropriate ways. The unkindest cut of all came from another young physicist with whom I had become fast friends-he was a closet radical of sorts—who cautioned me that I could hurt my career by stunts like this, and if I weren’t careful, I may never be invited to a conference like this again. After all, I was just getting started… “Then why the hell didn’t you or someone else who’s more established raise these issues?” I asked him heatedly. He informed me that he did raise these issues in private conversations with individuals and he let his feelings be known, but he thought that institutional attack was unwise and ineffective. I felt he had let me down a little, but all these criticisms made me wonder.

I still had cordial relations with the rest of the participants, and we talked some more good science. Nonetheless, I felt the contradictions even more keenly, and it inhibited active collaboration. For example, how was I to work with the solid state physicist (who was employed by Battelle) on the group representational aspects of his problem, when neither he nor I had any control over the results of our research? All the usual rationalizations presented themselves: first, the work was totally theoretical and probably had no practical application at all, much less a nefarious one; second, the work wasn’t that important, and we’d be lucky if twenty people in the world read our paper; third, if a joint paper came out of this, my! how my career would be advanced, and maybe I’d get invited again to neat institutes like this and maybe the Institute (for Advanced Study in Princeton) and get government grants and get to travel and wouldn’t my department be proud of me…

I felt like I was falling into the same sewer that Oppenheimer fell into (if I seem to be flattering myself by the comparison, I can only recall that others have rationalized their compliance by self-effacement): that of going to neat protected institutes; of the ecstasy of doing pure science; and, then, with the cocky self-assurance only the bright and successful have, of deciding now I’ll use my talents to straighten out the country-set the military and government straight by getting in Jason (after all, I’m brighter and more humane, aren’t I?)-and solve the world’s problems behind closed doors with the rich and the powerful. And be—Where the Action is. 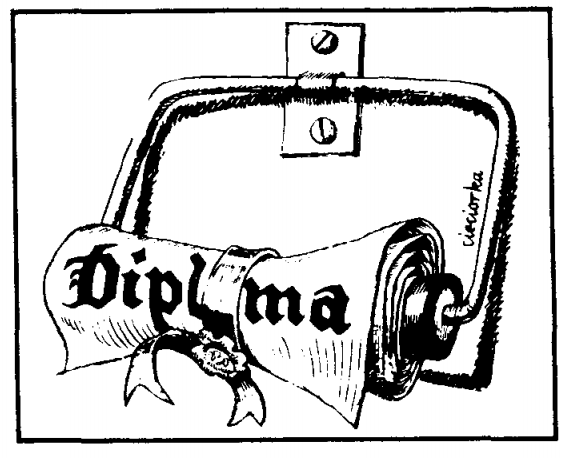 Why is it a sewer? Because you’re making decisions that affect other people’s lives without being accountable to them. There is no mechanism whereby they can influence you. You are insulated from the fruits of your creations; the Vietnamese people—nay, even the American people-have no avenue of approach save confrontational protest. You may think that you can get some influence for good in these ways, but you’re kidding yourself. You’re a hired man to the ruling class; they’ll pick your brains and listen to your advice when it serves their interests and ignore you when it doesn’t. You may consider yourself humane, liberal, and personally decent, but you are being used for evil purposes, and at present no one can stop this but you.

Professor Dyson, in the preceding paragraph I used the second person in a general sense, but you are welcome to interpret it as being addressed to you personally. 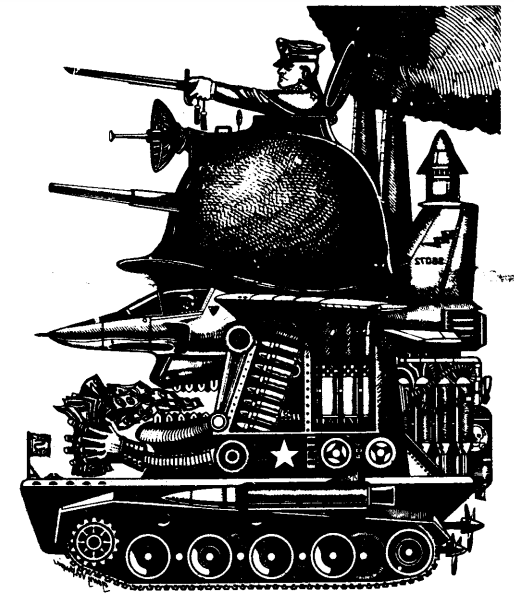 Thus, I cannot do science at institutes like Battelle, in view of its involvement with the power structure of this country, as well as the involvement of some of the participants, until we can freely confront these issues. Do not misunderstand me; I am not saying that I cannot do science with people unless they think the way I do about everything. The realities transcend our personal opinions about the war in Vietnam, U.S. policy, socialism, vivisection, etc. The point is that you make decisions, advise on policy, and direct technology in ways that affect people (killing the Vietnamese presumably affects them) and no one can confront you except me and others like me. People who do things like that must be held accountable by somebody, and until you are willing to be held accountable and disengage yourself from your masters, I can’t do science with you or anyone like you.

I hope that your perspective is not so distorted that you cannot see that these issues are more important than the question of incorporating E-invariance into the Haag-Kastler Axioms.

I read your AMS Bulletin article on “Missed Opportunities,” by the way, and found it extremely stimulating and challenging. I feel that one way to pick up on the missed opportunities is to have interactions between mathematicians and physicists like those I saw at Battelle. I want badly to do that sort of science. But for me it is impossible until these incredibly urgent matters get resolved.

Professor Dyson, I rambled at such length for a number of reasons. The primary one was to respond to your inquiry sicerely and inform you how participation at Battelle has influenced my work, and how it can be more beneficial to me. And what I am asking of you in points (1), (2), and (3) is not outside your power. If you have already taken steps like these privately, please do so publicly, so others will know of your example; anyway it is more than your own conscience to which you are accountable. It is the people of the world.

I guess another reason I rambled so was to take the opportunity to spill out things stewing inside me for a long time.

Finally, as you must be aware, until you hold yourself accountable, you are going to be subject to confrontation by groups like SESPA and the French scientists at College de France that confronted Gell-Mann. Until you do, I personally will confront you at the first opportunity. I hope these ramblings help you understand where we are coming from. And, as far as I am concerned, the confrontation is not to punish or to castigate, but to force you to be accountable and urge you to join us in building a science for the people, responsible to them, and not to the forces of profit, privilege and war.

Calculus for Conquest
Engineering Unemployment: How to Lie with Statistics