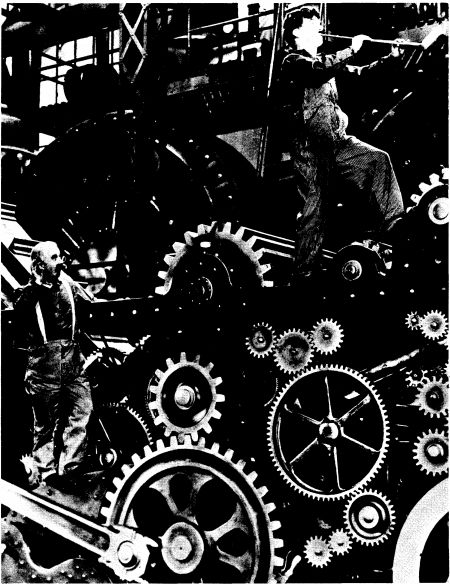 The audience for this course was composed of about 250 sophomores, the vast majority of whom were non-majors in the physical and biological sciences.

The main objective of the first semester was to convey, in a historical sequence, an understanding of the evolutionary and revolutionary aspects of the two main themes in the development of the physical sciences. These are the conceptual structure of the theories, and the institutional framework within which those theories have developed.

Since these themes are coupled to an extent that is dependent on the theory and the historical epoch involved, we felt that a critical method for examining that interaction was an important priority. Through a consideration of some crucial eras in the history of science and technology, we hoped to provide a tool for evaluating the role played by science and technology in contemporary capitalist societies. This seems to be especially important when dealing with students whose attitudes to affairs scientific and technological are largely shaped by the counter-culture ethic, i.e., regarding technology as the demon rather than the entire institutional fabric of capitalism which decides the development and use of technology.

The course began with an analysis of the institutional and conceptual foundation of physics today. In fact, since Al’s first lecture came the day after the Attica massacre, it was devoted to how science and technology in this society provide methods for repression, control and murder. It was magnificently received.

The lecture on the institutional aspects of contemporary physics dealt with the nature of the research establishment in the United States, the various kinds of laboratories and employers, the number of physicists, and the size and scope of government agencies and funding. Some attention was devoted to the social relation within science (competition, hierarchies, criteria for advancement, professional societies and publications) as well as the social function of basic and applied work.

The first unit of the course included an attempt to describe the assumptions, method and flavor of modern physical science, with some discussion of the role played by theory, experiment, mathematics, technological tools and apparatus and research teams. Journal papers were used to illustrate these different ideas.

We then attempted to trace these two parallel and interacting themes from Greek Cosmology and Astronomy to the Newtonian synthesis. The second topic dealt with the development of astronomical perspectives and cosmological models from its earliest beginnings in Egypt, Babylon and Greece to the Copernical revolution and Kepler’s laws. An attempt was made to situate the Copernican revolution in the context of the social upheaval that accompanied the transition from feudalism to capitalism, as well as the “secularisation” of intellectual investigation and the shifting role of church and state.

The third topic was concerned with the theme of motion and movement in the pre-Galilean and Galilean era. This was followed by a section of “Galileo in Context,” which treated the social and economic transformation of Europe in the 15th-17th centuries, the breakdown of feudalism and the rise of the merchant class. There was an analysis of questions such as the union of intellect and crafts-man from Leonardo to Galileo, Galileo and the Military-Industrial Complex, conflict with the church, and a comparison with the role of science and technology in China in the same period.

The concluding section of the first semester was concerned with conservation laws, energy and the industrial revolution. This was an examination of concepts such as work, heat and temperature, as well as steam engines, power and the storage and transitions of energy. We concluded with some accounts of the manner in which energy is transmitted, which led into a discussion of waves and wave phenomena.

While ambitious in design, this course met with only limited success. Billed as a  required course in physics for non-science majors it had a lot of student antipathy to contend with. Students came into the course either feeling hostility towards anything scientific, or convinced of the irrelevance of physics to their major interests, or frightened of their inability to handle the mathematical and abstract character of physics. Some students exhibited all of these attitudes!

But the real struggle in the course seemed not to be against feelings of hostility or indifference, but against a certain mental or intellectual idea of what science is all about. To put it succinctly: anything technical was considered rightly physics, anything social, philosophical, historical, political or economic was deemed extraneous. Thus their definition of what was physics, and therefore important to our studies, was so narrow as to make it difficult to convey the central theme—that the technical details cannot be considered independently of their social context. Thus students found it difficult to grasp the totality of physical concepts—when and how they emerged, why they flourished for a  time, what brings about their downfall. In most students’ minds, history, sociology, philosophy, science, etc. were distinct, fragmented disciplines, not merely different aspects of the changing social and productive relations of society.

This fragmented intellectual approach was very difficult to overcome even with the great variety of material in the readings and their emphasis on an integrated view of science. The dichotomy in students’ minds between science and everything else apparently has been reinforced by many years in an educational environment built upon disciplines and specialization rather than on broad integrated understanding.

The other major difficulty with a course of this type is more difficult to deal with. That is, that its principal orientation is intellectual rather than practical, that it deals with an understanding of the development of physical ideas rather than with the direct application of these concepts to present day technology. This character of the course raises the question of relevance, and whether such introductory courses in conceptual physics should be given in the first place. For many of us, our knowledge of Newton’s laws, for example, is not used much in our day to day lives. Why then is such a course important as part of the liberal education and why is it worthwhile for radicals?

Its value to the liberal education is that it points out the scientific foundation of western civilization, glorifies the achievements of individual scientists, and attempts to outline the rational scientific methodology which has laid the foundations for technological progress. Thus Newton’s Laws are of primary interest in the liberal academic tradition. But for the student who questions the values and achievements of this society there is little with apparent value in such an approach.

The value in teaching Newton’s Laws does not lie in worshiping Newton’s intellectual genius, but rather in understanding the general ideological climate accompanying the birth of capitalism, in seeing the science of the 17th century as being a starting point for the new productive relations by providing a philosophical break from the past, and in viewing 17th century science as an outgrowth of the technology needed for expansion of the industrial and mercantile sectors of the economy. Thus the value of teaching Newton’s Laws is in helping to provide an understanding of the function of science in capitalist society. Thus we should not look at science as an end in itself, but should view it in the context of history and the present time.

Such a course finds its relevance, then, in contributing to a different way of viewing science, by emphasizing its social functions, its productive functions, and its ideological functions. 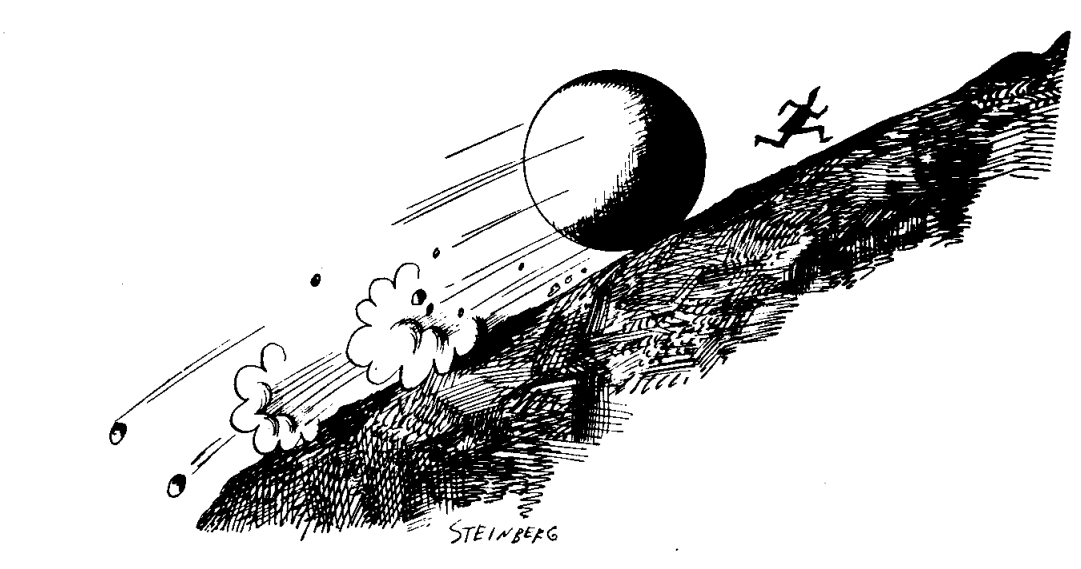 Greenberg, The Politics of Pure Science, ch. I.  II, VII

Materials from American Institute of Physics

Drake, Discoveries and Opinions of Galileo—excerpts

Feynman, The Character of Physical Law, ch. I,  II

Butterfield, The Origins of Modern Science

Kemble, Physical Science, Its Structure and Development, ch. XI: “Impact of Newtonian Science on the Intellectual World of the 18th Century”

Randall, The Making of the Modern Mind, ch. XI-XV 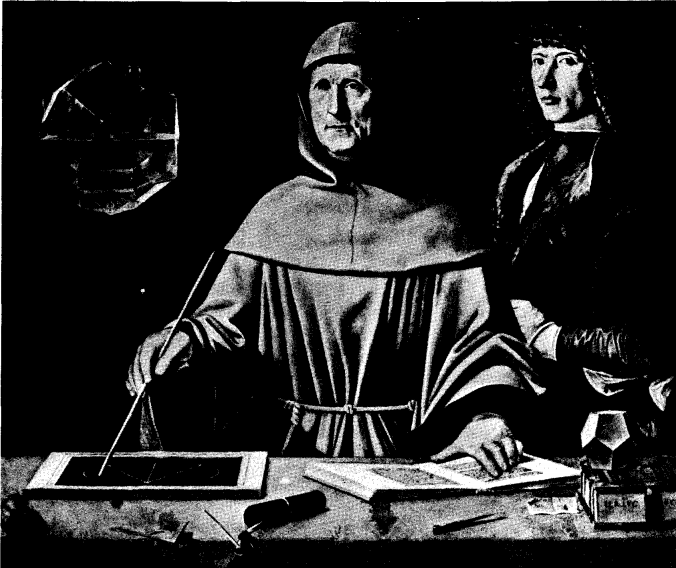 Grading: To Each According to Her/His Needs?
Computer Course Bibliography