In a recent issue of Science for the People, the Science Teaching Group offered a critique of science courses in the schools1 The critique emphasized the role of traditional science education in maintaining the economic and social status quo. This is accomplished by fostering the myth of an apolitical, benevolent science, isolated from all social and economic considerations. For the scientist-to-be, scientific training involves a submersion in technical material designed to produce those skills which will maximize research productivity. The science education received by the non-science student usually produces only confusion and a sense of inadequacy, limiting his desire to become better informed on the subject and reinforcing the idea that science policy has to be formulated by the “experts,” who are the only ones who understand it.

The Science Teaching Group offers a number of modifications to current science education which are designed to eliminate these perversions. Their suggested modifications are excellent and the sooner they are accomplished, the better. However, it seems to me that insisting on presentation of science as a framework of thought and delineating the relationship of this framework to other aspects of life offers a much broader opportunity for dispelling the social and economic myths on which our society is largely based. This possibility follows from an evaluation of the nature of perception, the relationship of perception to learning, and the part that education concerning the substance of science can play in strengthening perception and making more accurate the learning that follows from it.

Though much is yet to be learned about the nature of human perception, information developed during the past thirty years makes it possible to draw several well-supported conclusions. It will be useful to review, very briefly, some of the evidence which allows a clearer definition of the way in which we perceive. Slightly more than three decades ago, Adelbert Ames, Jr., began creation of a series of demonstrations intended to clarify the nature of perception. Among the best-known are those which involve so-called distorted rooms.2 In one version of a distorted room, the right side is smaller than the left, the floor, back and ceiling slanting away from the right side to meet the left. The floor therefore slants down to the left, the ceiling up to the left, and the back away to the left. The windows are trapezoidal and the more distant are larger. A metal ball hangs from the ceiling in the right-hand corner and a larger but otherwise similar one hangs from the ceiling in the left-hand corner. The room is either viewed monocularly through a peephole in the front wall or the front wall is removed and the room viewed through glasses which create the equivalent of monocular vision. In either case, the interior of the room produces the same pattern on the observer’s retina as a normal rectangular room.

Kelley has described his experience with the distorted room:

The only way you could know that your perception was faulty was by action. You could look at the room for hours and never gain a bit more knowledge about it.3

As active exploration of the room proceeds, the appearance of the room gradually changes until it is seen as the distorted room that it really is.

The distorted room is seen as a “normal” room because the observer’s past experiences have led him, unconsciously, to the assumption that rooms are always rectangular. This assumption dominates his perception. Only the active exploration of the room referred to can show the actual shape of the room. 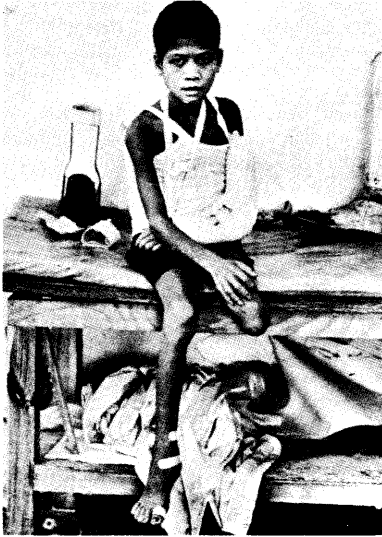 Ames and his associates concluded from the distorted room experiments and their other demonstrations that:

(1) Visual perception is intimately related to assumptions held by the perceiver and rooted in his past experience; frequently, many of these assumptions are held without the perceiver’s knowledge.

(2) False assumptions can be made conscious, and corrected, only by active exploration of the precept to which they are applied.

In recent years, numerous studies of human perception, not necessarily limited to visual perception, have provided further evidence in support of Ames’ conclusions. These include studies of cultural influences on perception of illusion figures 4,5 of police training on expectation of violence and crime,6 of the relationship of activity to perceptual learning in both animals and human beings,7 and of self-fulfilling assumptions.8 Similarly, the observations made by those outstanding observers of perceiving and learning children, Maria Montessori and John Holt, lend support to Ames’ conclusions.

Knowledge comes to us as we interact with our environment; that is, learning is accomplished through the process of perception. The ability to learn about reality is dependent on the capacity of the individual to relinquish what he has previously held and accept new information and concepts as his perception becomes increasingly sharpened and freed of false (and perhaps simultaneously hidden) assumptions. Conversely, when the educational system, the media, and other institutions of society cause the assumptive world of the individual to ossify patterns of thought cannot readily be relinquished and the ability to control thought (socialize values) is heightened enormously.

Present educational practice offers a remarkable contrast to the prescription for learning indicated by studies of the nature of perception. The traditional school environment is organized to encourage an attitude which severely limits the perceptions the student is allowed to build. Thus it is emphasized that knowledge consists of invariant “facts” which are known by an authority (the teacher or the textbook) and which the student must come to know—this after all that has been written about the conflict between Aristotelian and empirical science. The issue of questioning the “knowledge” imparted and the assumptive base upon which it rests is avoided by simply never raising it, though if traditional schooling were dedicated to learning major importance would be attached to questioning the assertions of authorities and the assumptions implicit in those assertions.

While traditional schooling avoids development in the student of a questioning attitude, a knowledge that frameworks of thought rest on assumptions which require examination, it is equally adamant in precluding active exploration of the environment. In a classroom, all but the most limited movement is forbidden. When movement is allowed it is subjected to a collection of rules, regulations and orders that render it movement in name alone. And the second-class status of such “nonverbal” subjects as art and shop is imparted to the student very early in his academic career. This second-class status persists beyond the school and into the workplace, further damaging the dignity attached to manual skills.

These patterns are essential to traditional schooling if it is to continue to accomplish its purpose—preservation of the value system held by those possessing property, wealth, power.9 For discussing the “conflict between the free world and communism” or “America’s high standard of living” can lead only in the direction of “desirable” conclusions when the assumptions on which these expressions rest are never subjected to extensive, penetrating questioning. The importance of this investigation into assumptions, the procedures to be followed in making this investigation a meaningful one, and, for that matter, the opportunity to carry out such an investigation, are not at all a part of our basic program of education. The inability to seriously question the status quo makes the status quo unassailable.

Similarly, the minimization of active pursuit of knowledge, with its corollary separation of education into “academic” (middle-and upper-class) and “vocational” (lower-class) components, perpetuates the status quo. A school system which emphasizes passive receipt of knowledge by students, with their ability to parrot what they have passively received as the measure of their scholastic ability, is unlikely to equip citizens of this society with the tools necessary to effect meaningful change. Likewise, the channeling implicit in the academic/vocational dichotomy perpetuates the barriers to social mobility which characterize our society and are essential to its present way of functioning. For example, IQ, scholastic aptitude, and other tests that measure achievement in school (and “fitness” for continued schooling) evaluate the skills and reasoning patterns characteristic of upper-and middle-class culture, as learned in upper-and middle-class homes and taught in upper-and middle-class schools. They are the gateway to jobs with greater financial rewards and prestige. The skills learned to cope with a lower-class environment and reinforced by the emphasis on vocational education in lower-class schools, are ignored on these tests. Those best conditioned to “follow orders” are also those best prepared to achieve some measure of status.

Current education in science (and mathematics) conforms to this pattern. To the extent that science is shown to be a method of arriving at the truth, the areas that it deals with are carefully segregated from all other aspects of the student’s education. Inordinate emphasis is placed on the glorification of research, as if that were the whole science. In the advanced grades and in college, courses in science and mathematics focus on learning certain procedures, because these procedures are vital to doing research. Philosophical or cultural aspects of scientific studies are usually connected to the lives of “great scientists”. The student is likely to come away with the idea that science is a fit pursuit only for the very gifted, rather than with the awareness of what it can offer him in his search to understand the influences which dominate his life.

The role that science and mathematics education could play in contributing to an overall meaningful education stands in sharp contrast. It appears that even among those committed to radical reform in education, the possibilities inherent in science education in the lower grades have been largely overlooked. It may not be possible to teach vector mechanics in the fifth grade, but the concept of science as a method of reaching the truth about matters which are important and may be complex is accessible to students at that level.10 The distinction between truth and validity can easily be developed using illustrations which are both interesting and enjoyable, sure ingredients to engage the student’s attention. Once it is clear that truth is related to that which exists or occurs in the real world, the need to actively examine the real world can be developed. It must, of course, be taken seriously and be made part of the student’s experience. Similarly, the use of logic in establishing the validity of reasoning processes can be an excellent tool for clarifying hidden or vague assumptions.

The student can be exposed to the idea that assertions are hypotheses, to be tested by reference to the real world. The hypotheses examined can be “scientific” ones but must not be limited to only scientific ones. If scientific method, with its nonauthoritarian and empirical foundation, represents a powerful tool for examing the natural world, if sound logic is an essential tool in examining complex scientific relationships, their application to social, political, and economic questions is generally more vital and frequently easier to grasp. Given some of the background suggested here, a group of ten-year-olds can make amazing discoveries when considering such propositions as “The U.S. is conducting massive bombing raids in Southeast Asia to preserve democracy for the people there,” or ” The free enterprise system produces excellent health care delivery.”

US Ethical Drug Industry
What Do Health Maintenance Organizations Maintain?