This article first appeared in the French movement paper: L’Idiot International, 2 rue de vauvilliers, Paris, 1. The paper was repeatedly “forbidden from being circulated by distribution agancies.” Jean Marc Levy-Leblond is professor of theoretical physics at the University of Paris. He was made a “cause celebre” when the authorities zeroed in on him with trial and partial suspension under the pretext of his participating in the defacing of a government building on which had been painted “all cops off the campus.” We are printing this article as part of our continuing effort to keep readers informed on the activities of scientific workers in other countries.

“We shall not be watchdogs for the capitalist system.” This slogan captures the attitude which emerged on the Nanterre campus in March, 1968, and has been kept alive in the French student movement by a continuing, radical, defiant challenge to the form, content and motivation of higher education. Until recently this radical revolt was essentially limited to the humanities and “social” sciences. In the pure sciences, despite many good intentions, reformist illusions confined student demands to the area of administrative procedures.

Of course, an analysis of the role of the pure sciences is a more difficult task. It is comparatively easy to denounce sociology, political economy and philosophy as ideological instruments of the bourgeisie used to mold those responsible for the maintenance of the moral and intellectual “order”. But a theorem of mathematics, a physical law, a chemical formula are all “true” and independent of class struggle, capitalist exploitation or prevalent ideology! Should we therefore believe that the physical sciences represent closed, pure universes — ivory towers untouched by the contradictions within our society? If so, the only possible actions center around small reforms: a better pedagogical approach or better financial support. The latter is epitomized by the demand “more money for basic research” which the students have translated with devastating irony into “more pencils and erasers.”

A year ago a strike by laboratory technicians (bubble chamber scanners) in the physics laboratory of the Ecole Polytechnique blew these illusions apart. The strike exposed the existence of the class struggle within the scientific institutions themselves. No more could one close one’s eyes to the fact that “pure research” is carried on with workers and technicians who often work under conditions of exploitation similar to those encountered in large inductry. Deep contradictions appeared among the scientists of the Ecole Polytechnique; they were torn between advocating abstract liberal positions and defending their own privileges.1 A few scientists at the bottom of the hierarchy, who had themselves experienced some aspects of the oppression perpetrated by those at the top, sided half-heartedly with the strikers. But most mandarins discarded their liberal masks and supported the repression of the worker’s struggle and the firing of the most aggressive strikers.

During the academic year following the strike, the level of struggle among science teachers and research personnel has advanced. (For example) in the Paris Faculty of Sciences two lines of thought were brought into conflict when a Union called for “the defense of research”. The Union line was challenged in “The Lab’s Cry”, a publication of a group of progressive technicians — the very existence of which is an important fact — which stated:

The Union leaders present the slogan “defense of government-sponsored research” and explain that scientific research is in the interest of everyone and that its development is an element of social progress. The alternative position is to reject the slogan “defense of research” and replace it with “defense of the research workers”. We support the latter position. It is indeed evident to us that under a capitalist regime, research, whatever its social value, is controlled by the bosses, for whom it is first and foremost a source of profit. For example, automation in a socialist society means lighter work loads and less painful work; in a capitalist society it means lay-offs and unemployment.

At the same time an expose was undertaken of the often insidious forms of laboratory despotism: paternalism, veiled threats of lay-offs, professional failings concocted out of thin air, various bonuses distributed on the basis of favoritism, arbitrary assignment of tasks, and alienation of the technician who is the major producing agent of the research work but who remains neglected and despised as an individual.

The Faculty of Sciences of Paris is not an isolated case. Even in Orsay, the “modern, competent and smoothly running” Faculty, twenty miles south of Paris, multiple struggles erupt. A strike by students of theoretical physics is followed by a classical lock-out, and the strikers issue the following proclamations:

(We denounce) the profs who are bosses and the bourgeois educational system within which some professors claim to carry out pure and disinterested research. In order to do their research professors have to carry out the bourgeois politics of authority — select students, eliminate young researchers fire technicians. They preach the ideology of building an elite, of high returns, of efficiency. Social problems and unemployment do not concern them. Some, within the university, are the direct representatives of large capitalist interests. They pull the strings and leave the dirty work to those below them, which allows them to put on a liberal mask — (One important means by which the strings are pulled) is the outside contractor, for instance the “Paris Cleaning Co. ” It will be put in charge of the exploitation of cleaning ladies for $0.70 an hour without any job security and will set up its own police-like network of supervisors. Thus, our mandarins are no more responsible for anything; their hands are clean; they may recognize themselves as “laboratory bosses” but never as ”factory bosses”. 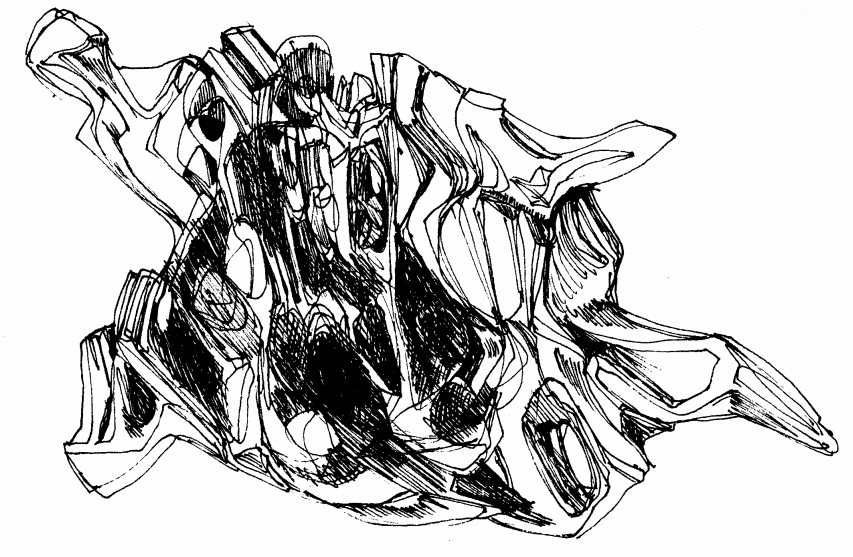 The struggles which we have mentioned (and others) have a common factor: they challenge the whole oppressive bourgeois system. The despotism of laboratory directors, the authoritarianism of administrators, the professors’ neglect of students, are only reflections, in forms specific to academic scientific institutions, of the overall capitalist oppression. And they are confronted as such. Scientific objectivity and truth can no longer hide a scientific praxis that is part of the real processes of class struggles.

There is no doubt that the bourgeosie and its accomplices find it intolerable to see the essential cogs of their mechanism of domination exposed and attacked in this way. They grow even angrier when some individual scientists, whom they believed to be fully in their camp as a result of the distribution of favors and privileges, commit treason to the ruling class and attempt to voice revolutionary criticisms. Furthermore, the bourgeoisie is incapable of understanding that this “treason”, far from being the cause of the more and more radical challenges presented by students, technicians, young researchers and teachers, is in fact the consequence of it. This is why no measures of repression or intimidation against individuals will be able to prevent the development of struggles on the new but fundamentally important front of science.

Translated for American readers by Maurice Bazin and excerpted by the Editorial Collective.