Known to outsiders as the home of Anheuser-Busch brewing company and the St. Louis Cardinals (owned by August Busch), St. Louis was once one of the most prosperous and bustling cities in the country. Deriving its wealth largely from railroads and the Mississippi harbor, it became internationally famous when the World’s Fair and the Olympics were held there in 1904. But the growth of Chicago as the midwest’s rail center left St. Louis to decline and decay. Nevertheless industry grew in St. Louis. It became second-largest in auto-assembly operations and boasted several shoe factories and the extensive hog and cattle feed facilities of Ralston-Purina. Eventually it became the home of McDonnell Aircraft, Emerson Electric and Monsanto chemical company, three prominent members of the military-industrial complex.

During the 1960’s St. Louis had a kind of industrial renascence. It entered a new phase of prosperity, spurred by stepped-up military spending and symbolized by extensive construction of upper-income, high-rise housing in the down-town area and the building of the 630 ft. Gateway Arch on the waterfront. However, the economic optimism was short-lived. Layoffs in response to defense cutbacks have become commonplace.

It’s a tough break when you’ve been riding along fully employed, wages rising (never as fast as prices, though), buying a house, children growing and planning to go to college and suddenly the apparent prosperity comes to a halt. Scared, angry, confused, maybe wondering what you’ve done wrong, you find yourself confronted by a whole new set of problems you haven’t even thought of before. There are new experiences too-like applying for welfare after your unemployment checks and savings run out. Even looking for a job may be something you’ve forgotten how to do—after all it’s been a long time since you’ve had to do that.

People react differently under such conditions of stress. Some even break up under the strain; but some get stronger in the face of adversity. When one St. Louis woman got the word from her husband that he was laid off, she moved into action. She got coverage in November in the St. Louis Post-Dispatch for her idea of JOBSEEKERS, an organization to get jobs and job seekers together. Some faculty and students at Washington University, seeing the article and knowing McDonnell full well from its four trustees of the university and its role as weapons producer, offered their help. Shared anti-war attitudes and shared enemies helped to begin what is now developing into a real coalition of workers and students.

These are blue-collar workers as are most of the 220,000 persons laid off last year in the aerospace industry and they are union members.1 But their union, local 837 of the IAMAW (International Association of Machinists & Aerospace Workers), which they refer to as a “company union”, had not done any more than ensure that the layoffs are accomplished in an orderly fashion according to seniority. In fact, recent organizing among the unemployed in direct response to layoffs is being done in spite of the unions or among traditionally non-union workers.2 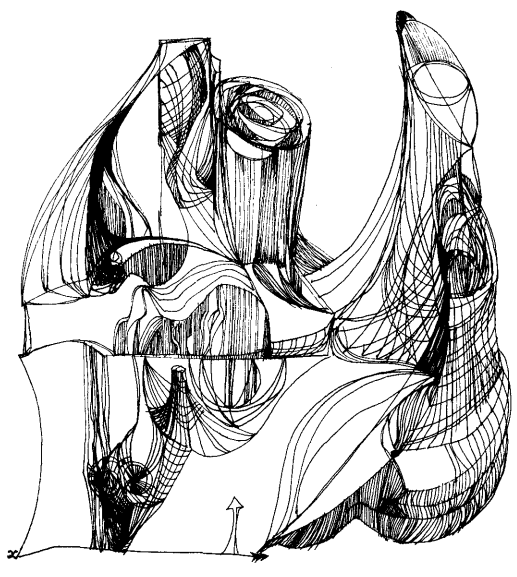 JOBSEEKERS did well to get unemployed workers together, but its original concept was soon found to be inadequate: the jobs just weren’t available. The best they could do was to compete against each other for the handful of low-wage jobs available. Rejecting this competitive approach as no solution they turned to the collective task of finding out how to make more jobs. Why is there unemployment and what are the conditions that generate jobs?

Drawing from their own experiences, discussions with students and others they began to put it all together. They knew that they weren’t at fault. After all they want to work; many had worked for MAC for 15–18 years. Clearly they are part of a more general recession and equally clearly the recession, the Indochina war, the arms race, high taxes, the high price of everyday living are all the same general problem. They asked us (from Washington U.) to give an explanation.

We pointed out that the government billions spent on waste and war spur production that produces no goods for people. When the government cuts down on this spending, MAC and similar companies have no alternative market; they don’t make anything at any price that people are ready and willing to pay for. So since in this economic system companies only produce for profit not for people’s needs, they cut back on production. That means less work, layoffs. If MAC kept paying workers their wages and produced and sold less, it would have fewer profits. MAC’s return of 21% on investment for 1970 is a good rate of profit, a good incentive to investment and MAC’s stockholders are much more important to management than the workers whose hard work has built MAC and its stockholders’ fortunes.3

Workers at the first two mass meetings of JOBSEEKERS did not like the idea that they and their families had to suffer to maintain or increase McDonnell’s profit rate. They overwhelmingly approved a set of demands we suggested around which to organize other unemployed, and those still employed but threatened with layoffs.

1) Everyone has a right to work.

2) Everyone has a right to enough money to provide for his family.

3) To implement the above demands, companies must accept lower profit levels by taking on more workers who will work shorter weeks without reductions in pay.4

4) To implement the above demands, the Board of Directors of military contractors must have significant public (because much of the capital comes from the government) and worker (because their efforts create profit) representation.

5) The federal government should not create jobs by increasing taxes of working people but should reallocate what it already collects to socially useful projects that will use our skills for constructive rather than destructive ends.

Leaflets based on the demands were given out at plant gates but there has not yet been any substantial response.

Unemployed workers with families have to handle immediate problems in addition to organizing political action. They’ve got to survive. For some this has meant turning to welfare. But the Welfare Department treats them as if they were lazy and shiftless. They learned a great deal from that experience. These white blue-collar workers, in a city that has had its “share of the use of blacks by employers as strike breakers, could not have been convinced as well by any article or talk that being on welfare does not neccessarily mean that a person does not want to work. They also began to see the basis for common cause with the predominantly black Welfare Rights Organization.

To understand more about the Welfare Department, JOBSEEKERS invited a member of a radical social-workers’ group. She told them that one of the real functions of Welfare Departments is to prevent organized opposition to the system by humiliating recipients and getting them to accept an individualistic interpretation of their misery. The welfare department that gives out crumbs and humiliates people, and the corporation board that denies people the opportunity to work are part of the same system—a system in which the wheels are turned by profit and inhuman behavior is the product. In short, welfare departments are not there to take care of unfortunate people’s needs, but to prevent them from fighting for their real needs.

Encouraged by the radical social worker’s confirmation of what their own experience was telling them and by her advice that they not accept the welfare department’s definition of the situation but try to get all they need, they are planning group visits to the welfare department. It is a lot easier to avoid being intimidated when there is the solidarity of a group. Hopefully they can increase solidarity by enlisting the Welfare Coalition in a joint struggle.

Survival requires mutual support in other ways too. At present we have not yet succeeded in generating much enthusiasm about food cooperatives, cooperative day-care centers and a skill bank to exchange needed services. Our blue-collar friends (like ourselves) have been raised on the myth that you are a better person if you can go it alone. But we hope to overcome these attitudes of competitive individualism. Some initial small successes are likely to demonstrate the value of cooperative help projects.

As members of JOBSEEKERS learn more about the benefits of collective action, they are becoming more interested in alliances with other groups. They hope to recruit scientists and engineers as well as more blue-collar workers. They have been warm to us from the beginning (we were invited to join the steering committee) and they will probably join us at Washington Univ. against our common enemies. Most exciting is the interest shown by some unions. Teamsters, Auto Workers (UAW), Clothing Workers (ACWA) and Electrical Workers (IUE) sent representatives. The first result of these visits is an offer of help from the Teamsters to get our story out. The St. Louis Post-Dispatch restricts its reporting to attention-getting fragments and does not tell readers or callers our address, so the Teamsters have offered to print JOBSEEKER material in the Missouri Teamster and provide all the copies needed for distribution. Now in the planning stage is a big kickoff meeting at the union hall of a labor/student alliance.

How successful will JOBSEEKERS be in organizing workers around its demands? Presently, most workers expect to be back to work soon. Some are also fearful that they will be blacklisted if they get involved in militant action. But economic crisis, the hallmark of the American system, is near upon us, and history shows that fearful and frustrated people with an inadequate understanding of the systemic causes of their misfortunes are prey for the demagogue with fascist-like solutions. Organizations like JOBSEEKERS are needed to immunize workers of all strata against racist and superpatriotic solutions by pointing out the systemic nature of the problems and the need for the construction of a society that replaces the profit motive by the motive to serve peoples’ needs. So we cannot judge JOBSEEKERS’ success by the rate at which it acquires new members, but by how well it gets its message out. If organizations like JOBSEEKERS are there when the historic conditions arise, then we will bury this system in the muck of its own crisis.

At the St. Louis MAC plant at least 3,500 union members were laid off in 1970. The number of non-union, that is, white collar workers laid off is estimated at over 500. At least 10,000 union job positions were lost during the years 1967-70 — a decrease in the work force of about one third.
Explicit Operational Program (272)
Polaroid Struggle Lands at NY APS Meeting: Or an Existential Account of my Wanderings Through the Land of APS