Two excellent articles have come to our attention since the last issue:

1) Michael Reich and David Finkelhor, “Capitalism and the Military-Industrial Complex: The Obstacles to Conversion” in URPE Review, Vol.IV, No.2, Fall 1970, quarterly publication of the Union of Radical Political Economists. This article argues—with plenty of data—much the same position as that presented in “Unemployment of Scientists and Engineers” in Science for the People, Vol. II, No. 4, December 1970.

2) Michael Wallace, “The Uses of Violence in American History” in The American Scholar, Vol. 40, No. 1, Winter 1970-71. This article is a very readable analysis of institutionalized violence and its patterned changes. It places the repressive role of the police in historical perspective.

Racism is a fundamental fact of American life, both in the sense that it is an integral part of the structure that we privileged scientific workers have enjoyed and in the sense that the rising militant reaction to the long history of oppression has helped to reveal to us our own oppression and inspired us to struggle.

Black Reconstruction in America 1860-1880 by W.E.B. DuBois is a thorough study of the historical role of racism in American capitalism.

The Autobiography of Malcolm X is by now a classic work and a must for anyone who wants to understand the roots of black consciousness and actions today.

The Ideology of the Black Panther Party, a pamphlet by Eldridge Cleaver portrays the blacks as the vanguard of the vast mass of black and white unemployed who are cast out by an increasingly technological society and who are unable to be integrated because capitalism by its nature does not liberate workers by its technology but enslaves them. 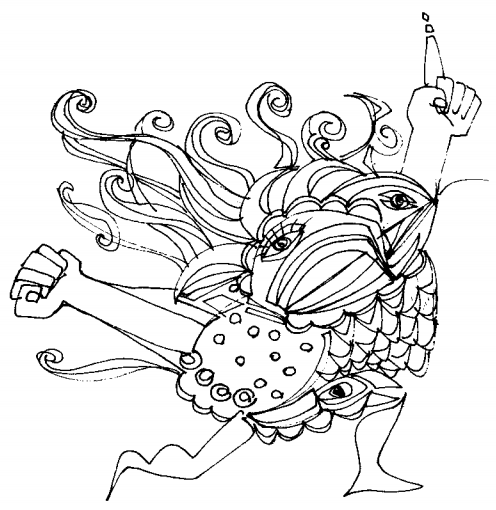 SESPA Member Persecuted for Anti-War Work
SESPA Tells It Like It Is: Opening Statement AAA$ ‘70