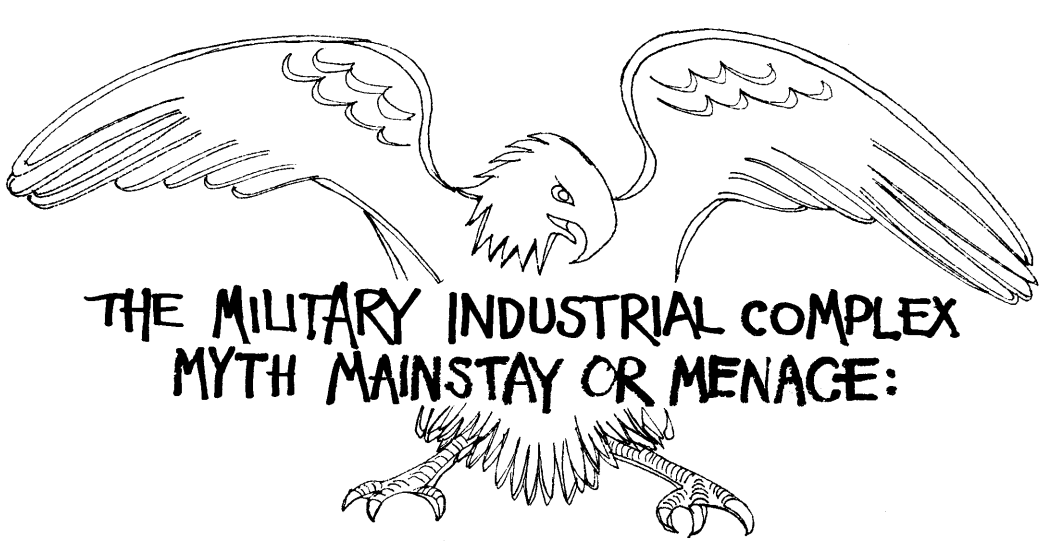 VMI was host April 9–11 to a broad slate of guests ranging in background from the war industry, to the Army, to academia, to the Institute for Policy Studies. I was asked along, I suppose, to represent a student point of view. My hosts nearly missed me at the airport, so intent were they in looking for someone with shoulder- length locks and bell-bottom trousers. One cadet, in fact, asked if I was “camouflaged”, thinking that most Harvard students walk around wearing red-fisted T-shirts. I arrived on campus in time for a stunning cadet review, complete with military band, rifles, cannon, swords, and flags. The effect was quite impressive, and standing out there in the warm sunshine and green grass of the Virginia Hills was enough to take one back to the early pre-Civil War days when VMI was founded.

From my discussions with the cadets I soon learned that a surprising number of them were hostile to the military. Only 10% or so were planning to make it their career and others dreaded their two years obligatory service. Three cadets had been pepper-gassed in Washington. Most students I talked to could not explain why they had decided to study at VMI.

During the symposium the audience showed little hostility to my analysis of the military establishment and the university as both serving an elite ruling class tied to corporate interests, all at the expense of most of the people in the U.S. Other participants viewed the Military-Industrial (University) Complex as arising from the relative lack of controversy over “national security” as compared to other social issues, or as resulting from the isolation and inertia of a technologically oriented bureaucratic structure. On several occasions the discussions degenerated into a consideration of the levels of military power required to maintain national security without dealing with the nature of the socalled threat and the interests which were being threatened. Also discussed was the difficulty of converting a war economy to non-military production. This problem brought to light the pervasive influence of military spending throughout the economy and demonstrated how the lack of job security and mobility for workers leads to tremendous resistance to a change in funding priorities. Throughout the symposium the imperialistic nature of American foreign policy was debated, with some participants arguing that the objective of a world-wide military posture was to stop totalitarianism (Communism) rather than to promote American expansionism. However, few were convinced by Cold War rhetoric, and most recognized the strong economic interests vested in the war machine and the politics it serves.