A Declaration of Nuclear Resistance

by The Clamshell Alliance

“If the Nuclear Regulatory Appeal Board’s incomprehensible and stupid decision to suspend work on the Seabrook station project is allowed to stand, it could mean the beginning of the end for the United States.”

In the current opinion column of the Nov .-Dec. 1976 issue of SftP Magazine, we presented a description of the Clamshell Alliance, which is struggling against nuclear power plant construction in Seabrook, N.H. as well as the rest of New England. Clam is an umbrella organization of 15 anti-nuke groups in New England. It has organized demonstrations at Seabrook and other plants, and plans to occupy the Seabrook site on April 30, 1977.

In all its activities, Clam’s tactic is nonviolent direct action. Clam plans to teach the essentials of nonviolent civil disobedience to all the people who take part in the Ma¥ Day Weekend occupation.

The following is a formal “Declaration of Nuclear Resistance” issued by the Clamshell Alliance:

WE THE PEOPLE demand an immediate and permanent halt to the construction and export of nuclear power plants.

Nuclear power is dangerous to all living creatures and their natural environment. It is designed to concentrate energy, resources and profits in the hands of a powerful few. It threatens to undermine the principles of human liberation on which this nation was founded.

A nuclear power plant at Seabrook, New Hampshire—or elsewhere in New England—would lock our region on this suicidal path. As an affiliation of a wide range of groups and individuals, the Clamshell Alliance is unalterably opposed to the construction of this and all other nuclear plants. We recognize that:

We have full confidence that when the true dangers and expense of nuclear power are made known to the American people, this nation will reject out of hand this tragic experiment in nuclear suicide, which has already cost us so much in health, environment quality, and material resources.

The CLAMSHELL ALLIANCE will continue in its uncompromising opposition to any and all nuclear construction in New England.

Our stand is in defense of the health, safety and general well-being of ourselves and of future generations of all living things on this planet.

We therefore announce that should nuclear construction still be in progress at Seabrook, New Hampshire on MAY DAY WEEKEND, 1977, we will mobilize the citizenry and march onto that site and occupy it until construction has ceased and the project is totally and irrevocably cancelled. 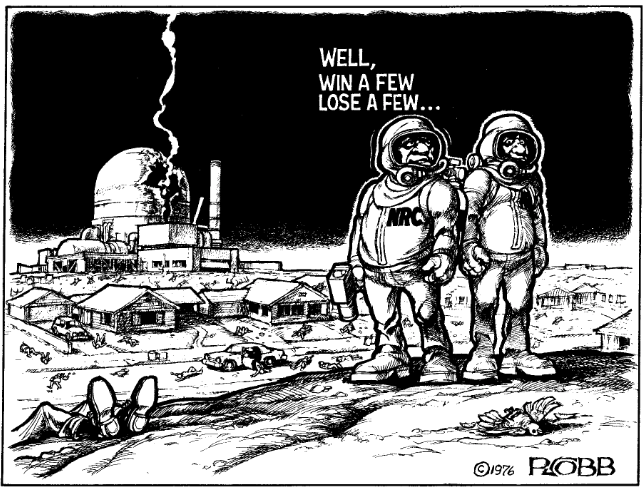 Human Experimentation: Who are the Guinea Pigs?
Birth Control and the Eugenists (Part 2 of 2)