Women and Health: A Review of the Literature

This short article appeared in a packet put together by the Political Economy Program Center of the Institute for Policy Studies in Washington.1 We are reprinting it here as a way of opening up this important area, and stimulating related articles for future issues. The bibliography section is not meant to be comprehensive. We felt that the books discussed are important ones for Science for the People readers to know about, and would welcome more detailed reviews, particularly of the science-related books.

This introduction to the topic includes a short bibliography selected so as to show the scope of the subject, a word about the contribution of the women’s health movement, and its importance to the Health Left, and a personal opinion about the future agenda.

A brief glance at the appended bibliography reveals that the women’s health movement, arising from a natural concern with the problems that most often bring women into contact with the medical establishment, has focused on reproductive functions and mental illness. Other major topics are women in medical care (e.g., female hospital staff), sexuality, and rape.

If not chronologically the first to appear, Our Bodies Ourselves (1971)2 was certainly a landmark. It covered all of the issues in a style accessible to the majority of women. Not only was its content remarkable, but the collective way in which it was written reflected the new group process of the women’s liberation movement. Although as recently as last summer I was unable to persuade the World Health Organization to buy a copy for its library, the successive printings and translations for foreign editions testify to the book’s widespread and well-deserved reception.

It was followed by a series of books that focused on one or another aspect of women’s health. Among the most popular are Vaginal Politics3 which looks critically at the current practice of gynecology in the U.S. and at some alternatives, and Free and Female4 which examines women’s contact with the medical profession through the optic of women’s sexuality. Whereas the latter is a better documented book in an academic sense, the former is more accurate, in my opinion, because it is a politically conscious work.

Women and Madness5 was also published that same year (1972). A landmark of its own kind, to my mind, .this book examines issues that have been all but closed since the Freudian pronouncements of the late 19th and early 20th centuries. In what was, again, ground-breaking style, the book gave women a public forum in which to describe their own experiences of mental distress and psychiatric oppression. The new publication on the subject, Psychoanalysis and Feminism (1974) is a more theoretical and academic treatment by a brilliant British feminist.

Last year Against Our Will10 was published, sparking serious debate on the issue of rape in newspapers and on television and radio. I think this publicity gave support to rape crisis centers across the country. It was not the first book on the subject, but the broadest in its approach, and the attention it received was well deserved.

The work on documenting women’s health continued: the URPE Women’s Work Project contributed importantly to our knowledge with the publication of Women in Health.11 Also in 1975, the learned journals began to consider the women’s health movement as a topic for serious study. The International Journal of Health Services12 devoted an entire issue to us, the prestigious New England Journal of Medicine13 published an article, and an issue of Social Policy14 contained a 30-page insert on women and health. It is interesting to note that this represents a reversal of the usual trend for issues of medical science to appear first in learned journals and then in popular magazines and books.

The bibliographic review just skims the surface of publication in the last 5 years, but I think it reflects accurately the scope of the women’s health movement, and the major topics of its concern. I have emphasized the scope because it seems to me that the first contribution of the women’s health movement is its holistic concern with health that transcends mind-body dualisms and medical specialization.

Each of the books listed—and many of them are based on short articles that appeared in magazines and newspapers reaching millions of readers—made a major contribution to the demystification of medical science and technology. The women’s health movement, using books, articles and films like “Rape Culture” and “Taking Our Bodies Back,”15 working through women’s health clinics, consciousness-raising groups, rape crisis centers and feminist therapy groups, has demedicalized certain problems and has broken new ground in health education: in this it is succeeding where the medical establishment has failed.

The fruit of these contributions is a self help health movement that, I like to think, has revolutionary potential. It represents a concrete demonstration of people’s ability to control their own lives and opens to them the possibility of taking their destiny into their own hands. It also represents a challenge to the prevailing practice of curative medicine, not only by emphasizing prevention, but also by investigating alternative therapies, some of them based on folk medicine.

A second outcome—the result of giving women the knowledge to challenge medical authority—is a changing relationship between male doctors and female patients, which might form the basis of socialist medical practice. The bourgeois model of the passive patient, isolated in his/her individual responsibility for illness, might be supplanted.

In both the approach and methods adopted by the women’s health movement, there is much that the Health Left could learn. 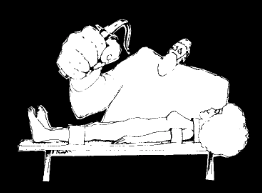 The women’s health movement has contributed (directly or indirectly) to higher rates of unionization among health workers, 80% of whom are women. Through its services, the movement has also drawn numbers (admittedly still small) of female professionals into a new alliance with female patients, in some instances crossing class lines. But it remains to be seen whether feminist solidarity is a strong enough basis for new alliances within the medical establishment between low-paid female hospital domestics, middle-level female nurses and technicians, and female doctors at the top of the medical hierarchy.

The women’s health movement, like the women’s liberation movement in the U.S., is mainly made up of, and seems to function principally in the interests of, upper class women. In some cases, e.g., Free and Female, it does not even distinguish class interests; in others, e.g., Women and Madness, I feel it pays lip service to so called “Third World women” and treats them as if all members of a “minority group” belong to the “working class” in this country. Radical lesbians, it seems to me, have confused issues of class with those of cultural norms. The facts that puritanism still reigns in the U.S. and that lesbians and homosexuals are ostracized in American society do not constitute a theoretical basis for radical lesbianism. As mentioned above, it has yet to be demonstrated that feminism will forge new class alliances or enlist the female “bourgeoisie” in the cause of the working class. It is not even clear that the women’s movement has resisted cooption and is not serving the interests of capitalism, though it may well be challenging some members of the capitalist class. On the agenda, then, at the levels of both theory and practice, is the need for class analysis and class consciousness in the women’s health movement. This seems to me to be fundamental if the movement is to realize its revolutionary potential.

Although I have pointed to the scope of the women’s health movement in the bibliography, it must also be said that the overwhelming concern with reproductive functions is a very narrow focus. It sets unnecessary biological limits on the women’s health movement which, I believe, has a much greater contribution to make than the reform of obstetrics and gynecology. The natural holism or integration of work and home life, which is greater in women’s than in men’s lives, would seem to lay the grounds for a new definition of health which unites internal and external environments. The more marked progression through the life cycle in women’s than in men’s lives would seem to give women better insight into a concept of health that transcends capitalist age categories and the medical specializations that Jollow from them. On the agenda I would place women’s active involvement as feminists in broader health issues, the expansion of their quite natural starting point of reproductive health to the whole range of problems that confront them as total human beings.

Women who recognize themselves as colonized are quite rightly hesitant to impose themselves on others. Thus the women’s health movement has demonstrated politically only on issues of direct concern, such as abortion. It seems to me that we now need the courage to emerge from this modest position. At the very least, the women’s health movement should take up issues that affect themselves and their sisters abroad, such as breastfeeding and the multinational milk companies. Here is an issue that affects child rearing practices and the fight against the medical establishment in the U.S.; but in challenging the baby food producers, American women Lave not demonstrated concern for their Third World sisters whose babies are dying of malnutrition and diarrhea because breastfeeding is discouraged by a similar medical establishment and bottlefeeding promoted by a rapacious food industry. But I would like to see a much broader political involvement and thus place it on the agenda: it seems to me that the women’s health movement has a responsibility to all people as well as to itself for the realization of its revolutionary potential.

I said at the outset that this agenda is a personal opinion. It follows that the program is open for discussion. One suggestion already received is that the women’s health movement should place wife beating on its list of concerns, because women in health services may be particularly well placed to identify and assist battered wives. What I hope is that this introductory statement will spark a lively debate to which women will contribute with all their diversity and richness of views.