During the last four years several hundred scientists and technologists from the United States have visited the People’s Republic of China (PRC). The duration of stay of recent visitors in the PRC has usually been from 2 to 4 weeks. In spite of the brevity of their visits, American scientists have returned with fascinating reports of work in their specialties including agriculture, archaeology, biophysical research, high-energy physics, earthquake research, computer technology, medicine, health care and many others. These eyewitness accounts, admittedly incomplete and superficial in many respects, cover the period from 1971 to the present, a period in which the results and effects of policies and directions implemented and initiated during the Cultural Revolution (1966-1969) have just begun to emerge. This is exactly where the book, Research and Revolution, ends its description.

Research and Revolution, by Richard P. Suttmeier, written in 1971 before the rapprochement between the U.S. and China, is concerned with science and technology policies and programs and their consequences on the development of Chinese society since the founding of the PRC. The book is of sociological genre and intended mainly for China specialists, although the author states that the book might be of value for those who are troubled by the problems of science and society seeking an alternative approach. For presentation and analysis, Suttmeier identifies four periods: 1949-1957 (organization building), 1957-1961 (Great Leap Forward), 1961- 1966 (Consolidation and rationalization), and 1966-1971 (Radical destruction and reconstruction).

According to this study, during the periods covered, the Chinese pursued mainly two approaches in science policies: (1) the so-called bureaucratic-professional model and (2) the so-called mobilization model. In the bureaucratic-professional model, as practiced by developed countries including the Soviet Union, the responsibility of scientists and technologists are limited to teaching, research, development, as well as some administration. The aim and purpose of the bureaucratic-professional system in developed countries, as now perceived by many, is to serve the needs of a highly centralized industrial sector for the profits of private enterprise and the military-industrial complex.

Except during the period of the Great Leap Forward, the bureaucratic-professional model was followed until the eve of the Cultural Revolution (1966). This approach, which was severely criticized and subsequently discarded during the Cultural Revolution, tended to become highly routinized, urban-based and elitist. During my 2½ month visit in China in 1973, I was told that scientists in such a hierarchical system became autocratic and frequently pursued either personal research interests or duplicated the findings of others with little originality. They did “research for research’s sake” ignoring the needs and most pressing problems of the country. In other words, “bourgeois” intellectuals still operated in the old way: regarding knowledge as private property; theoretical work as the only work worth pursuing; seeking peer recognition, international fame, and material reward; or doing things with comprador mentality.

The second approach described in Research and Revolution is the mobilization model which was initially adopted during the Great Leap Forward (1958) and had its origin in Yen-an in Shensi Province during the period from the 1930’s to 1940’s, which is now known as the Spirit of Yen-an. In the Chinese description, it is called “Walking on Two Legs”. (See China: Science Walks on Two Legs, Avon Books, New York, N.Y. 1974. 316 pp.) The essential features of the Yen-an Spirit are emphasis on close contact between the leader and the masses, decentralized organization, and a socialist ideology. The overall policy of “Walking on Two Legs” stresses relying on one’s own efforts in undertakings such as the simultaneous development of agriculture and industry at both national and local levels, large and small enterprises using all available methods both modem and traditional. In science and technology, “Walking on Two Legs” means training and raising the standard of scientific and technical personnel on the one hand, and encouraging scientific experiments by the masses on the other hand. More succinctly, scientific workers should, according to Mao Tse-tung, “make the past serve the present and foreign things serve China”. In actual practice, we see the so-called “three-in-one” participation in research institutes, universities, factories and rural communes. For example, once an item for scientific research or technological development is determined, a “three-in-one” team consisting of responsible cadres, scientific and technical staff and workers or peasants is set up to see that the project is properly carried out. Although the mobilization model, as pointed out by Suttmeier, tends to downplay the role of professional and academic science, my impression is that the Chinese consider theoretical development as an essential component of overall scientific endeavour. At the present, applied science, especially in areas directly related to the welfare of people, is given top priority.

Viewed against the above background one would like to ask “How successful have the Chinese efforts to develop an indigenous scientific and technological capability been? To appreciate Chinese efforts, one must keep in mind the very low level, in many areas the nonexistence, of scientific and technological activities prior to 1949. In less than twenty-five years, the training of an estimated 2 million scientists and technologists and the establishment of hundreds of research and development institutions across the country are most remarkable accomplishments. China has essentially solved its food problem and is self-sufficient in petroleum with all indications that it will soon become an oil-exporting nation. Pursuing the policy of “Walking on Two Legs”, China in recent years has achieved successes on many fronts such as in synthetic oraganic chemistry (insulin), nuclear technology (atomic and hydrogen explosions), computer science (integrated circuits), and satellite launching. The most spectacular achievement, in my view, has been in medical science and health care. The training of more than 1 million “barefoot” doctors has dramatically improved the health of people and sanitation standards. 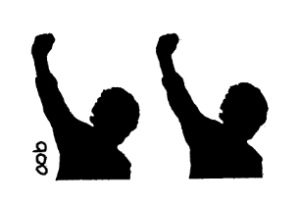 As already mentioned, Suttmeier’s book was completed before the reestablishment of direct contacts between the U.S. and China. As a result, Research and Revolution is more like a history of science than a survey of current science policies. As a non-historian, I find the most readable portion of the book is the last chapter. “Conclusion: On the Idea of a Chinese Model” summarizes in a clear and concise manner the problems and difficulties encountered by the Chinese in their attempt to integrate science with society and social change. In Research and Revolution, Suttmeier tends to view the development of science and technology policies as an isolated phenomenon, whereas in fact the impressive achievements in schience and technology are contingent on the most profound political changes in the course of Chinese history. The aim of Research is not publications in scholarly journals nor is the aim of technology the manufacturing of devices, but the question the Chinese have been grappling with is how to use science and technology for the welfare of the majority of people. The long-range aims for the Revolution, according to Mao Tse-tung as quoted by Suttmeier (Chapter 2, p. 29) are class struggle, the struggle for production, and the struggle for scientific experiment. Clearly, science is not an isolated aspect of China’s developmental policies but it is an integrated part of the plan for building a true socialist society with a new kind of individual who will be more concerned for the welfare of others and the world at large than for oneself. Hence, the way China uses science and technology for social purposes cannot be appraised apart from the economic, cultural, and political settings. Towards the end of Research and Revolution, Suttmeier asks “Is the Chinese model exportable or replicable?” for developing as well as developed countries. Such a complex question is not answered in the book. But the Chinese experiment, affecting a quarter of humankind and without precedent in history, is in progress. It is hoped that Suttmeier will write a sequel to his unfinished Research and Revolution with abundant data now available.

Social Science Research: A Tool of Counterinsurgency
Science and Technology in the Third World