The caribbean island of Puerto Rico is one of the few colonies still existing in the world. The invasion of the island by USA military forces in 1898, during the U.S. war with Spain and Cuba, marked the beginning of this colonial relationship as well as one of the first imperialist adventures of the U.S. government.

During the first 50 years of U.S. domination, the Puerto Rican colony was a source of agricultural raw materials for the U.S. mainland and during that same period the production of sugar cane was by far the most important economic activity on the island. Throughout those years Puerto Rico produced between 10 and 15 percent of the sugar consumed by the U.S.A., most of which was exported in a crude state to be refined on the continent.

During the last 25 years Puerto Rico has served as a source of fossil fuels, petrochemical raw materials and pharmaceutical products for the mainland. With this change came a new wave of advanced technologies. Presently more than 60 percent of the 450 thousand barrels per day of crude oil and naphtha imported into the island are exported to the U.S. continent, mainly in the form of gasoline and petrochemical raw materials. Puerto Rico is, together with Japan, the third largest petrochemical center in the world, second only to the Rotterdam-Antwerp and U.S.- Gulf Coast areas. More than 95 percent of this production is converted into end products of consumption in the U.S. mainland. In addition, more than $500 million invested since the mid-sixties in the production of basic pharmaceutical products has converted the island into a huge pharmaceutical center.

With the introduction of these newer technologies and the changeover from an agricultural- to an industrial-based economy, occupational safety and health has become an important problem in Puerto Rico, though it is conveniently ignored. It is easy to understand that the unending lines of unemployed workers and the fact that only 15 percent of the labor force is organized in unions make it easy for the employers to look the other way in matters of industrial safety and health. Several striking examples may help to explain the real situation in Puerto Rico. As industrial safety poses a health menace inside as well as outside the examples presented will be explained in terms of the hazards for those in the plant and those outside of the plant.

Health Problems Inside the Factory

Mercury poisoning—In the town of Juncos, at the eastern end of Puerto Rico, Becton Dickinson operate a factory which manufactures mercury thermometers. In th entire plant, according to data obtained from court litigations, there is not one device installed to protect workers from contact with mercury. Nearly 80 percent of the plant workers have reported sick. The majority are young and some have worked as little as a year. Many can never return to productive labor. All are automatically replaced. The factory pays no attention to official warnings calling for modern preventive measures even though over 150 cases have been reported as early as 1968. But the entire situation regarding mercury could actually be more serious than this since the extensive use of mercurial pesticides in Puerto Rico’s agriculture and a mercury-cell chlor-alkali plant established in the south coast (500 tons per day of chlorine produced) may cause as yet undiagnosed illnesses.

Sulfur dioxide problem—Inside the Commonwealth Oil Refining Company (CORCO) the daily average of sulfur dioxide in the air is often in excess of 530 micrograms per cubic meter of air (µg/m3).1 The federal primary standard is 365 µg/m3 and may be exceeded only once a year. In March of 1970, levels as high as 5,300 µg/m3 were recorded at CORCO’s parking lot. Since that time CORCO has expanded its refining capacity by 60,000 barrels per day. Although independent researchers have not actually investigated the presence of respiratory diseases within the CORCO complex, the fact that in communities downwind to the complex serious respiratory abnormalities have already been detected support our belief that these extremely high levels of sulfur dioxide should be most seriously affecting the respiratory tract of workers within the factory.

Health Problems Outside of the Factory

Chlorine gas—a chlor-alkali plant (Pittsburgh Plate Glass), which began operations in 1971, has had five known chlorine gas accidents in the last three years. During these episodes more than 500 persons living in nearby communities have been treated for symptoms of chlorine intoxication in health centers located along the coast. The repetitive nature of these episodes denotes that little attention has been given to this grave situation. Several of the persons intoxicated outside the facility also work inside.

Sulfate respiratory effects—Although this example may not be considered strictly as an industrial· safety problem, the serious situation in Puerto Rico concerning airborne sulfate combined with the fact that the technology already exists for sulfur recovery justifies, in our view, its inclusion. Since the mid-sixties, sulfate levels known to cause human ventilatory dysfunction (above 10 µg/m32) have been measured. Pulmonary function studies in places of high sulfate concentrations in Puerto Rico have shown that up to 18.6% of the people in communities downwind  to oil and electricity complexes have obstructive respiratory abnormalities. In samples from communities receiving good medical care for lower respiratory tract diseases, obstructive abnormalities were found to be 4.5%. In samples from communities free from sulfates no obstructive abnormalities were recorded. It must be said that the quantity of sulfur dioxide (a precursor of airborne sulfates) in the air is, in proportion to active lands (urban and arable lands), 9 times higher in Puerto Rico than on the U.S. continent. In spite of this, the Puerto Rican government is trying to relax sulfur-control regulations in Puerto Rico. 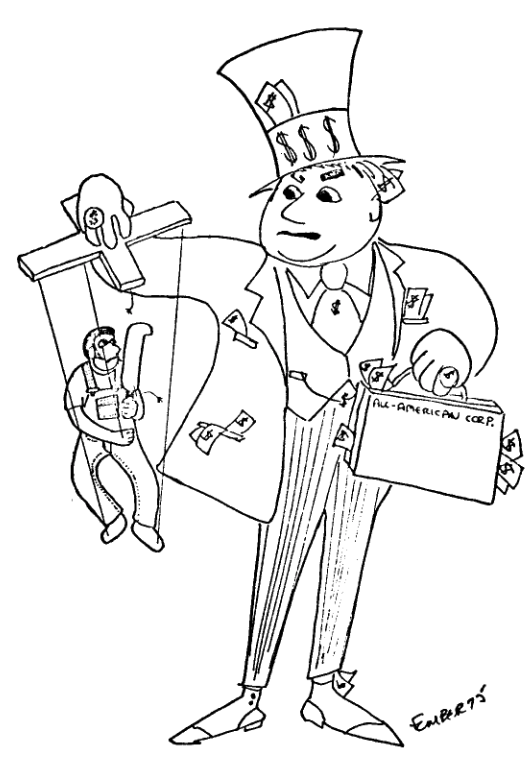 The health of the Puerto Rican people is being severely affected by industrial hazards. It can be stated that the vast majority of the cases are not recorded as such, or not known at all. Workers are the main victims of the situation since they are often affected both inside and outside of their workplaces. This situation will worsen because the government of Puerto Rico is planning to superimpose upon the realities already described the following projects:

It seems to us evident that in the case of an island of only 3,421 square miles all sense of proportion and reality has been lost. In the case of the superport alone, even with the best technology, a tremendous stress will be put upon the health of the people. The responsibility of the U.S.-government authorities and U.S.-based transnational companies in this situation is obvious. If they do not refrain from interfering with Puerto Rican affairs and continue pressing for continental ways of development, a critical situation should be expected to develop in the near future. Industrial safety and health will play a catalytic role leading to this situation.