Food for Thought: The Effect of Nutrition on Brain Development

This article was stimulated by a radio program script by AI Huebner, California. Thanks are extended to Margaret Studier and Marjorie Elias for suggestions.

No one has to be told that malnutrition, hunger and famine exist as grim realities in the world today. The so-called “food crisis” and “energy crisis” are really crises of profits and unequal distribution of world resources within a lopsided and worsening world economy. [See ScienceforthePeople, Vol. VII, no.1 January 1975, and no. 2 March 1975.]

To a child in Bangladesh or the Sahel, malnutrition means excessive deprivation of calories (marasmus) and/or protein (kwashiorkor) before and after birth. What consequences will malnutrition have for them and even for their children on their ability to change their environment?

Malnutrition is not just limited to 400-500 million people outside North America. 15%, or thirty million, of the people right here in the U.S. are hungry, and, of those, only 18% are getting any aid.1 The U.S., with all its professed affluence, ranks twenty-third among nations in its rate of infant mortality, and in the deep South, among the rural poor, infant mortality is about ten times the national average.

Malnutrition is not just a case for the poor either. Middle and upper class Americans now follow eating patterns largely dictated by corporations set on profits not health of consumers. Did you know that Americans spend nearly twice as much each year to feed their pets as they do to feed their babies? And FDA regulations for dog food are much stricter than those for baby food which is laden with water, sugar, chemically modified starch and MSG.

Do the survivors of nutritional deprivation during prenatal and early postnatal life carry on the effects of malnutrition, or is rehabilitation possible?

While undernutrition in an adult human may be considered a series of deficiency diseases which can be cured by restoring nutrients, undernutrition in a developing child is more serious and has lasting consequences. Medical dogma once held that the human body protects the brain from changes in diet. While the adult brain does tend to be highly resistant to nutritional insult, the developing brain has been recently shown to be a highly vulnerable organ.

Research into the effects of malnutrition on the brain either have used experimentally undernourished animals or have followed naturally malnourished children after their entrance into hospitals for treatment (in Chile, Peru, India, and Mexico). Protein-calorie starved children who die in the hospital have become subjects for autopsies, and their brains compared on structural and biochemical bases with those children who died from accidents or disease. Malnourished children who have responded to nutritional rehabilitation and have recovered physiologically have been followed through their childhood and put through series of tests—sensory, perceptual, integrative, and I.Q.* Their performance has been matched with well-nourished children of similar age, sometimes with their own well-nourished siblings, in attempts to control genetic and more particularly socioeconomic factors.2 Early undernutrition has been clearly associated with later impairment of mental functions. The unanswered question is how the physiological defects seen in the autopsied brains are related to intellectual retardation.

The age at which deprivation occurs is crucial to the severity and permanence of brain damage. There are critical periods in development when the brain is particularly vulnerable to malnutrition. The brain stops cell division earlier in development than other organs – the adult number of brain cells, both neuronal (nerve cells) and glial (helper and feeder cells) exists by six months of age. If malnutrition has occurred during the last trimester of pregnancy or early infancy, there will be fewer brain cells.3 Nutritional rehabilitation after six months (when brain cell division has ceased) cannot make up for the lower number of brain cells. It is also known that different parts of the brain grow at different rates. For example, the cerebellum (the region of muscle coordination and balance) develops sooner and so its cells are dividing faster just before and after birth than the cerebrum (the region of sensory and thought processes). Malnutrition at this time will tend to result particularly in locomotor defects. 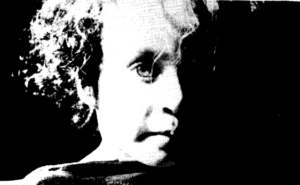 Though cell division has stopped in the human brain by six months of age, brain cells continue growing in size throughout early childhood. At age two there is still rapid brain growth and at six the brain is three-quarters adult size. Important changes in the structural complexity of neurons occur during the periods of rapid growth: increased number and length of cell branches; establishment of synaptic connections between cell termini; and myelination.4 In myelination, lipids (fatty substances) are laid down in myelin sheaths around the long parts of neurons. The myelin sheaths act as an insulator (much as in electrical wiring), permitting transmission of very rapid nerve impulses. Myelination is one of the primary events in brain development from intrauterine life until well after the age of two. Researchers have clearly shown malnutrition alters the myelin lipids. This damage may be irreversible. While little is known about the physical nature of learning and memory, the current model emphasizes the formation of synapses between branching cell processes .as part of the formation of the network of memory. The extent of neuron branching,- the amount of neurotransmitters5 produced as well as the rate of their metabolism have shown to be affected by malnutrition. For example, vitamin B6 deficiency6 may be particularly crucial to the brain because B6 aids in the synthesis of neurotransmitters. Rehabilitation is sometimes possible: but again the relationship of neurotransmitters to learning is largely unknown.

Research on the effects of malnutrition on children’s brains and intellectual development is always complicated by the combination of malnutrition with other deprivations. Studies on humans cannot be controlled in the way that experiments on animals can. Poverty is a syndrome of more than malnutrition, with all sorts of social factors bearing on intellectual development as well as on success in school. Children exposed to malnutrition during fetal development or infancy are often still exposed to inadequate diets in preschool and school years. And it goes almost without saying that a child will do poorly in school when hungry. Any possible brain defects aside, a sub nourished child tends to be unresponsive, inattentive, easily fatigued and frequently subiect to illness.7 Some interesting research on animals is in progress which might have application for humans. Elias and Sammons8 working with cebus monkeys, conducted carefully controlled experiments using combinations of three diets and two rearing conditions. The diets were: protein deficiency; calorie restriction; normal. The rearing conditions were isolation and the stimulation of interaction with humans and other monkeys. It was found that normal exploratory behavior was most impaired by a combination of protein restriction and isolate rearing. Calorie restriction and isolation were less devastating. The experiments are continuing to test for rehabilitation and to examine the physiological damage. The authors state that the implication for the human condition is that during acute malnutrition, double deprivation, the usual situation in deprived populations, is particularly damaging.9

Within the present American school system, what is the situation of a child who seems lethargic, uninterested in the world, who shows malnourishment to any degree, and who, moreover, comes from a background of poverty? Whatever the nutritional deprivation such a child has suffered before or after birth, there is at present no conclusive way to be sure that the child cannot learn, cannot be helped to develop into a functioning and alert individual. There probably never will be. Overt evidence or any known type of testing (excluding that on brain injury, Mongoloidism, etc.) is no real indication of a child’s potential. Children and adults can act withdrawn and uninterested for many reasons. Anemia, for instance, in a preschool child, affects her/his ability to concentrate and may create fear of exploring new situations. Since a well child in the second and third year of life is exceptionally curious and an avid learner, one who hasn’t the energy to explore, bypasses this stage of rich potential learning.

Even when a child has suffered severe malnutrition, environmental stimuli are important along with nutritional remedies for rehabilitation. Constant stimuli through varied and meaningful experience increase the formation of synapses in the brain, which is thought to be evidence of learning. Hence an atmosphere of great care, concern, and above all, patient stimulation (qualities often lacking in our schools) are required to encourage all such children to venture into full learning. The rehabilitation of a malnourished child should be a combination of improved diet and environment. Of course the intensive rehabilitation of a portion of the deprived children cannot be a real solution as long as untold numbers of children are still born malnourished. Early malnutrition is a burden the child carries through life. It is likely that her/his socio-economic status will be kept low into the next generation.

The control of all world resources and distribution of food is being concentrated in fewer and fewer hands. The wealthy and the powerful can and are using food as a political tool to control the increasing number of starving people. The gap between the “haves” and the “have nots” is not only being perpetuated but is widening (and in more than just the distribution of food). Without major political changes to solve the wealth problem, there can be no solution to the food problem. The effect of malnutrition on the development of individual children is indeed a sad symptom of an economic system where wealth buys and sells food.

This article was simulated by a radio program script by Al Huebner, California. Thanks are extended to Margaret Studier and Marjorie Elias for suggestions

* There are serious questions about the validity of I.Q. tests (see Science for the People, March 1974). It has become clear that I.Q. tests are so culture and value ridden that they are doubtful measures of intelligence. Nonetheless I.Q. tests were among the measures used to compare malnourished and well nourished children. ↵

Their Victory is Our Victory