The following pages report on the political activities of scientific and technical people who are challenging the system that uses their skills to perpetuate imperialism and the subjugation of Third World peoples.

A West Coast regional SESPA conference was held on August 25 in Berkeley, with about 80 people attending. Our main purpose in calling this conference was twofold: to try to bring together many scattered people who had shown an interest in SESPA, seeking to replace the isolation of many individuals with new contacts that could lead to the formation and growth of new groups; and also to try to advance the general discussion of the political nature and goals of SESPA in its entirety. Organization for this conference was carried out by a few people in the Berkeley group, with the concurrence of the newly formed group in Palo Alto. Announcements (perhaps 200 in all) were sent not only to members of these two ongoing groups and to the other SESP A contacts listed in the magazine, but also to western subscribers to Science for the People, as well as a few other individuals we thought might be interested. The conference was scheduled to take place during the International Genetics Congress since we knew that a number of active SESPA people from other parts of the country would be present on that occasion and we wanted their participation. As it turned out, and not surprisingly, most of those who attended came from the San Francisco bay area and only a handful came from farther away.

The morning session, lasting almost two hours, was intended to bring everyone together in a general discussion of broad political issues as they relate to SESPA. We hoped to engage in substantial exchange of views among those with longer histories of involvement with the organization as well as to provide some introduction and orientation for those who were newcomers. Six people were asked to give very brief presentations—of a political perspective or of a particular activity—in order to stimulate the general discussion. As it turned out, we were not successful in generating very much at all in the way of group discussion; the session was accurately described as an aggregate of monologues uttered by different individuals.

One brief political clash that did arise in this morning session was over the subject of scientific aid to Indochina and the implied intrusion of capitalist technologies into socialist countries. This debate (which has already surfaced somewhat in the magazine [see Science for the People, Vol. V, no. 5, Sept. 1973]) formed the major part of one of the afternoon workshops .

The other bit of mini-fireworks was provided by the delegation from the NCLC (National Caucus of Labor Committees). About five members of that group came to our conference to promote their organization. Their tactics were to try to make SESPA members feel guilty, inferior and incompetent, both politically and morally, while hinting that people could achieve salvation by joining up with NCLC. They passed out a leaflet renaming SESPA, the S.E.S.-P.ool, and describing our activities at the Genetics Congress a “weeklong demoralization and disorganization of possible (and actual) pro-working class tendencies.” During the morning session, the NCLC members would make comments attacking SESPA in an arrogant way and presenting their particular solution as the only correct course.

It seemed that the response of most people during this discussion was to ignore the NCLC. They did, however, have the disruptive effect of confusing some people and of destroying any continuity in the general discussion. While the chairperson successfully stopped them from monopolizing too much of the discussion period, their overall negative influence was felt. This points up the necessity of being aware of such problems in the future and developing a wholesome method for dealing with them.

The afternoon was devoted to a series of smaller group workshops, scheduled so that each person could attend at least two topics of interest. Two workshops dealt with organizing, one specifically oriented for technical workers in industry; the workshop on science teaching and the one on combatting Jensenism each met twice to accommodate the large number of people interested; other subjects studied were: health and health systems; population, energy, resources; alternative (good) uses of technology; and scientific aid to Indochina.

Much of the discussion on alternative uses of technology centered around the work of Resource One, Inc., a community computer service located in San Francisco. Some of the people talked about their experiences in designing electronic and other tools for peoples’ use, pointing out the difference in their design philosophy (cost/simplicity) as compared to the commercial world.

The workshop on population, energy and resources decided to discuss all these topics together rather than splitting into subgroups on these topics individually. The result was a rather rambling meeting in which little was accomplished: neither a clear political-economic analysis of ecological problems nor a clear sense of how SESPA might effectively deal with environmental issues emerged. Apparently, the participation of NCLC people in this workshop contributed largely to this disarray.

The chief ideological dispute in the workshop on scientific aid to Indochina has already been referred to. The group did agree on assigning and coordinating geographical responsibilities for the ongoing collection of materials to be sent to Indochina.

The most concretely successful workshop was that dealing with science teaching. This was held in two sessions, with 27 people attending the first one and 15 people in the second, each very different. In the first one the chairperson from Berkeley SESPA, presented some ideas on radical teaching methods, described a section of a science and society course, and circulated materials and sources used in the course. A member from Boston SESPA, discussed the activities of the Boston SESPA Science Teaching Group, a 1972 conference for high school teachers on raising social and political issues in high school classrooms, and briefly described a course on Genetics and Society.

In the second and smaller workshop, each person described his or her own concerns, activities, and questions about science teaching. From this a natural agenda presented itself, on the basis of which people responded to the problems of others and shared ideas, advice, and support.

A wide range of problems was raised by the two workshops. Some of these were:

The workshop brought many people together who had been struggling alone with the problems of getting political content into science teaching. But it emphasized the frustrating lack of good concrete materials, bibliographies, and techniques for answering the problems raised. Eleven people signed a list indicating an interest in an ongoing Bay Area science teaching group.

This new Bay Area Science Teaching Group has already met twice since the conference and has begun to chart a course for itself that will embrace a broader spectrum of people and activities than has previously been a part of the local SESPA chapter.

The other concrete accomplishment of the conference was finding a number of new poeple in Northern California who have an interest in SESPA activities but had no group to associate with. With the new contacts made we will try to encourage the formation of several new groups in a number of communities and establish helpful cooperations between these groups. It is too soon to see how this will work out. Also, we had a number of people express interest in SESPA organizing around the next annual meeting of the American Association for the Advancement of Science (AAA$), scheduled for San Francisco early in 1974. Anyone else interested in planning for that affair should contact us.

Overall evaluation of the conference: if we had intended to solve the question of SESPA’s politics or to swell the ranks of SESPA with hordes of new followers, then this conference was a flop. Wisely, we had few expectations beyond getting acquainted with some new people. The failure of the morning session to evolve any satisfying political discussion may be due to the fact that it was short of time, or that it was not planned with a sufficiently clear and coherent program. Some of the workshops were criticized also for lack of preparation; others were praised for their excellent planning. With the single exception of the science teaching workshop, it did not appear that we were able to generate any sense of excitement that would carry people on into new and better SESPA work. But this is hard to measure. (One person said at the end of the day that he was dissapointed in the conference: he had come hoping to be roused with spirit and enthusiam which would let him return to his home town with a renewed dedication to political activity. It was pointed out that, more than brief inspiration, the movement needed people committed to long term organizational work.)

Finally, we had a party that night for all participants at the conference: this was a smashing success.

A Northeast Regional Conference was held late in October (see letters p. 4 and 5). Reports will appear in forthcoming issues. 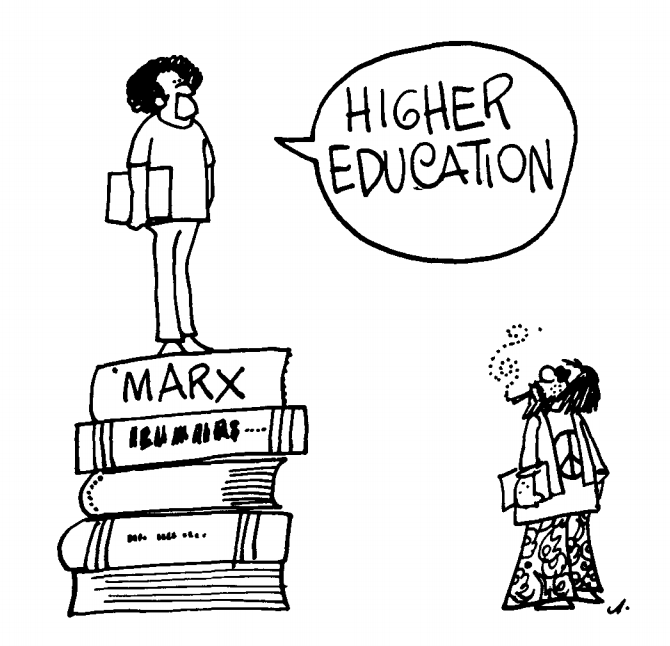 The Local Struggle: Actions at the International Genetics Congress