Stilbestrol, a synthetic estrogen hormone, was used heavily on women from 1945 to 1952 to prevent complications of pregnancy and for scientific research on pregnancy . Science and the media have only half-heartedly discussed the direct connection of Stilbestrol to the vaginal cancer now being discovered in the young daughters of these women. The irresponsible use of this drug and the lack of concern for the victims involved re-emphasizes the need for the researchers and practitioners of medicine to be taken down off their professional pedestal and made accountable to the people. 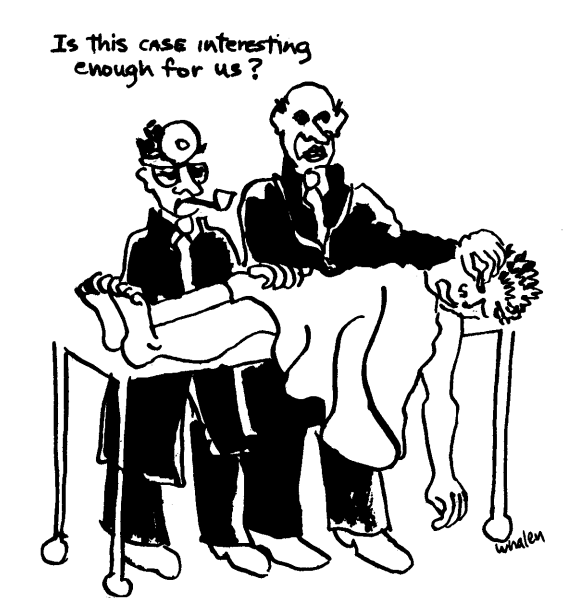 Natural estrogen is the hormone that is responsible for the development of the physical sex characteristics in women and the cyclic changes in lining of the vagina and the uterus. Stilbestrol (diethylstilbestrol) is a synthetic estrogen hormone. According to Cancer, 1957, Stilbestrol is a synthetic non-steroid estrogen known to be carcinogenic (related to cancer).

The specific type of cancer of the vaginal tissue associated with Stilbestrol is known as adenocarcinoma. Until Stilbestrol’s almost fad-like use on pregnant women between 1945 and 1952, adenocarcinoma of the vagina comprised only five to ten percent of all the types of vaginal cancer, but in just the three years between 1966 and 1969 the number of women with this cancer was greater than the total discovered before 1945. All but one of these women were products of pregnancies where the mother was given Stilbestrol and all of these women were between fourteen and twenty-two years old. Adenocarcinoma had formerly occurred only in women over fifty years old.

Many private doctors, medical centers and clinics throughout the country used Stilbestrol heavily between 1945 and 1952. Probably the most blatant abuse of medicine was at the University of Chicago’s Department of Obstetrics and Gynecology in the Chicago Lying-In Hospital between 1950 and 1952. 840 pregnant women were given Stilbestrol as research to determine whether Stilbestrol really helped to prevent complications of pregnancy such as miscarriages, prematurity and stillbirths, as suggested in research done in 1948. The researchers in Chicago wanted to disprove the 1948 findings.

Not only weren’t the women told that they and the children they were carrying were part of an experiment but they were given the pills and told they would help prevent complications of pregnancy and cause no harm to the child. All women registering at the clinic between Sept. 28, 1950, and Nov. 20, 1952, who were between six and twenty weeks pregnant were automatically entered into the experiment. Randomly some were given Stilbestrol and some were given a placebo (fake pill). This included women with known liver, kidney, asthma or cardiac problems, diseases where Stilbestrol is contra-indicated.

The identity of the women involved is known only to the hospital records, if in fact they kept good records, and no one has been able to find out if they are now trying to contact these women and children involved. Dr. McCartney, now at Chicago Lying-In Hospital, commented that he’s glad for the study because it “provides a basis for studying the long range effect of use of the drug in pregnancy. It would help us a great deal if the patients in the study could be traced.” Help you?!

The research done in 1948 that Chicago tried to refute was done with the Free Hospital for Women, Brookline, Massachusetts, along with the help of 117 obstetricians in 18 cities in New York, New Jersey, Pennsylvania, D.C., Illinois, North Carolina, Virginia, Texas, New Mexico and California. It involved 632 pregnant women with histories of problems including prematurity, bleeding, threatened miscarriages and stillbirths.

Between 1946 and 1951 Boston Hospital for Women carried on a similar program where one in twenty-one patients in their ‘high risk’ pregnancy clinic were given Stilbestrol, totalling 675 women involved with this drug. And there’s no idea how many other clinics or private doctors in the country used Stilbestrol during these fad years.

Results of Stilbestrol’s use began to turn up in 1966. The New York State Cancer Registry lists five young women born between 1946 and 1953 as having adenocarcinoma of the vagina diagnosed in the late 1960’s. All of the women were fifteen to nineteen years old when the cancer was diagnosed. Between 1966 and 1969 seven more young women between the ages of fourteen and twenty-two years were diagnosed at Vincent Memorial Hospital (Massachusetts General) as having adenocarcinoma of the vagina. One woman complained of pain during intercourse, one of pink staining after intercourse, one of having to urinate frequently, heavy or prolonged menstrual bleeding. Pap smears were negative because they only detect cancer of the cervix. The doctors in every case first treated them with birth control pills, treating the symptom not the cause of bleeding. Sound familiar?

After five months to one year of no improvement, cancer of the anterior vaginal wall was diagnosed in all twelve women, spreading to the bladder and uterus in several of the women and into the pelvic wall in four of the women. All had treatment by radical surgery which involved vaginectomy (removal of the vagina) and hysterectomy (removal of the uterus) and several had an oophorectomy (removal of the ovaries) and cystectomy (removal of the bladder plus diversion of urine through the intestines). Four of these women died from advanced cancer. All of the women who survived had their vaginas replaced with a mold made from tissue from the intestines which needed daily dilating to keep it open and which, according to one of the doctors, “comfortably admitted two examining fingers one year after operation”! The doctors described the women who survived as “living and well”! In the 1970 issue of Cancer, women with adenocarcinoma of the vagina are reported to have a thirty-three percent survival rate five years after radical surgical therapy.

According to the December, 1971, issue of the Journal of American Medicine, “Maternal Diethylstilbestrol — A Time Bomb for the Child”, vaginal adenocarcinoma is derived from tissues not usually present in the vagina and whose precursors are gland-like structures situated beneath and not involving the vaginal lining. This tissue seems to respond to cyclical hormonal stimulation. Folkman in the New England Journal of Medicine, 1971, proposed that perhaps Stilbestrol initiates the cancer process changes in the tissue cells and the hormonal stimulation of puberty triggers it off.

The New England Journal of Medicine, August, 1971 declares, “There should no longer be doubt that synthetic estrogens are absolutely contraindicated in pregnancy.” But the medical professionals still try to maintain the paternalistic attitudes of the American Medical Association about what patients should and should not know. In the December, 1971, Journal of the American Medical Association, a statement from the A.M.A. Department of Drugs says:

An organized effort by the medical profession to inform all women who were given estrogen therapy ― in as far as records are available ― of the possible tragic consequences for the female offspring is of questionable advisability … A definitive determination of risk must await the results of animal experimentation and further compilation of statistics from reports of hospitals, physicians and tumor registries.

The Federal Drug Administration in 1971 supposedly required prescription instructions to warn. that Stilbestrol and similar hormones must not be used in pregnancy but the Physician’s Desk Reference, 1971, states rather mildly

Because of possible adverse reactions on the fetus, the risk of estrogen therapy should be weighed against possible benefits when diethylstilbestrol is considered for use in known pregnancy.

And this information is for the doctor, passed on with the patient’s presciption at the doctor’s “discretion.”

The complete effects of Stilbestrol are still not known. There may be new kinds of cancer occurring from its use, a delayed reaction for those using smaller dosages, or possible problems in the male offspring of women using Stilbestrol.

Stilbestrol is one of the drugs used as the “morning after pill” to prevent pregnancy following rape or unwanted impregnation. Many emergency rooms of hospitals use this for women following rape and do not check to see if the woman aborted or held the pregnancy {and the 150-300 mg. of Stilbestrol). Though the dosage previously given to women in pregnancy went progressively from 5 mg. a day at the sixth week of pregnancy to 125 mg. a day by the thirty-fifth week the minimal dosage necessary to cause cancer or other unwanted effects on the infant or the woman taking the drug is not known.

Since 1954 Stilbestrol has been given to cattle to increase their weight for market. Sweden banned this use a long time ago but the U.S. and Great Britain still vigorously use it in veal and poultry. In August, 1972, the FDA passed a law against feeding cattle Stilbestrol but allowed injections and pellet-implantation of Stilbestrol to continue!

Estrogen in the natural rather than synthetic form is also found in Deladumone, an injection given early in labor (and therefore crossing the placenta to the infant) to dry up the mother’s milk when she prefers not to breast feed. It contains 16 mg. of natural estrogen and 360 mg. of testosterone (male hormone) and the effects on the infant and mother are not known.

Birth control pills also contain about .05 mg. natural estrogen per pill along with instructions to “continue taking the pills if you miss one period — if you miss a second period consult your physician and consider the possibility of pregnancy.” If pregnant there would be about 2 mg. of estrogen passing to the infant — a small amount perhaps but no one knows.

The advisability of estrogens in adolescents is being questioned because estrogen inhibits the lengthwise growth of bones. Orthopedic doctors are not sure whether birth control pills contain enough estrogen to inhibit the bone growth and therefore the final size of the person but some say “it’s possible.” Very little research has been done here. 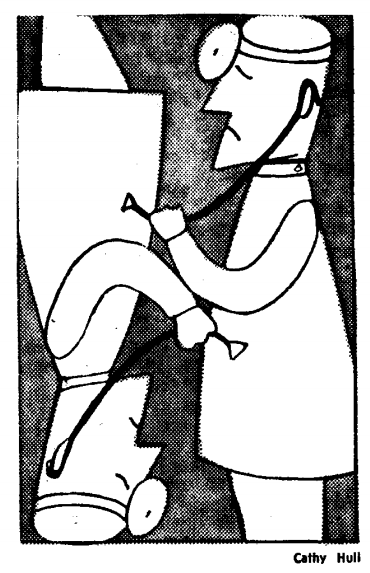 It is important now to make this information about Stilbestrol use, especially in pregnancy, known to all women who might have been involved in this medical fiasco. All women should have vaginal exams to check for this cancer. A pap smear is not sufficient because it detects only cancer of the cervix. Make sure that irregular, prolonged or heavy periods are not written off as imbalance of hormones – demand a vaginal examination, especially checking the anterior wall of the vagina. No longer accept any medication without question. And be prepared for the negative reaction of doctors towards patients who tread on their sacred territory by asking ‘too many questions,’ demanding explanations and wanting to share in the knowledge of medicine and their bodies.

(originally printed in Off Our Backs)