by Students and Neighbors Action Project

During the summer of 1969 a group of Black students of Community College of Philadelphia challenged the Chemistry department to make chemistry relevant to Black students and their communities. Many communities surrounding Community College of Philadelphia have problems that can be solved by technical and scientific knowledge. We identified such problems as rat and insect extermination, sewage overflow, consumer education, practical fire prevention etc. as the kinds of problems we would like dealt with by our work in science.

The Black students, some Community College of Philadelphia faculty members and some interested residents of the communities concerned formed a planning group. The outcome of the planning sessions was that fifteen students organized themselves into a community services project. One of the chemistry instructors was invited to be their faculty advisor. Students were paid for their work through work study funds. Actual work on the project started in January of 1970.

We demanded that our school work be geared to the needs of our communities and to us. The Black students took chemistry instructors on a visit to a few communities to see first hand what some of the problems are. After the visit, students, faculty and neighbors selected one problem from the list previously mentioned that they considered most serious and most urgent as the first Community Services Project. The problem of rat control was the one selected. In the Community Services Project, laboratory program students are encouraged to use their imaginations in planning the laboratory work, unrestricted by formal course requirements.

We spent long hours being trained on the job in rat control and community organization. The instructor who lives and works in the Mantua community was an expert in vector control [ control of disease carrying animals ] and in working with neighbors. We were trained in offices, neighbors’ homes and other places that were made available to us.

Our survey of the neighborhood in Mantua showed a number of vacant houses. Vacant houses contain dirt which harbors rats and other pests. Many of these houses were boarded up by Community Services Project students because vacant houses are hazardous to our children. There is considerable decay in the neighborhood. Rubbish is dumped in backyards because there are not enough trash containers for people to use. New fences around the backyards are one of the·many efforts by community people to rehabilitate their properties, but conditions are still deplorable. Almost all the buildings in one block are vacant. Efforts are being made by community leaders to find money to finance rehabilitation of houses. Trash and debris is left in yards and on lots for long periods of time with little effort being made to remove it. Community Services Project students with the help of some neighbors took on the job of cleaning up some of the lots. 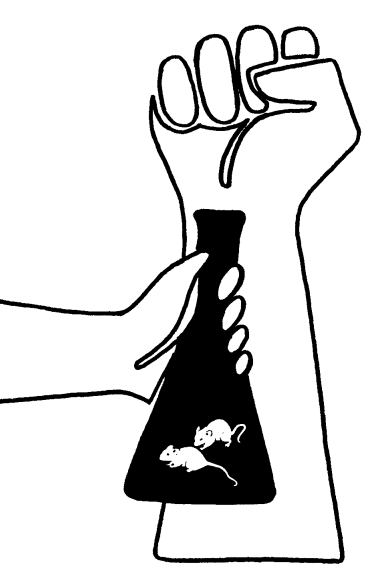 Block organization begins when Community Services Project members begin to contact each block resident. We have found that the most effective way of reaching our neighbors is on a door-to-door basis. Just as we gain accurate knowledge of neighborhood conditions by taking a physical survey of the area, so face-to-face communication is the most accurate preliminary means of gaining community attitudes towards the health and sanitation problems in the area.

The residents are contacted about four times by Community Services Project members with the purpose of setting up a block meeting. The initial contact is to introduce ourselves and state the reasons. underlying our presence in the community. The second visit with the community member is to inform him of the need of a long range vector control program and to let him know that we have some ideas and expertise in vector control which may help to alleviate our community’s problems to some degree. At this time we ask him if he would be willing to attend a block meeting to discuss these health problems on a day and at a time most suitable to all concerned.

When all the blocks have been organized and all the block meetings have been held, we are then ready for the pre-baiting. Pre-baiting is the setting of the initial bait or poison. In this process we are concerned with depositing bait in all the homes that are present in the area. It is hoped that this first baiting process will be able to destroy many of the rodents which are present in the houses. Equipped with bait, flashlight, plastic bags and other tools we enter the homes ready to begin work. We usually work in male-female teams.

The block clean up, which has to occur about a week after the pre-baiting in order to give the rat bait enough time to be effective, closes out all of our work in the area. In this operation we attempt to massively clean up the entire area in which we are working. This includes the removing of large useless house items such as stoves, beds, T.V.’s, refrigerators, etc.

The clean up also includes the cleaning of all the alleys as well as the vacant lots in the area. The sweeping and washing of the streets are also involved in this. There is very much planning needed for the clean up. There has to be work assigned to the different helpers and all the equipment has to be given out. It is necessary that we go to each house to ask the residents to take their bulk items out. Many times we help them remove heavy items which are difficult for them to handle. A very important part of the clean up is the cleaning of vacant lots. By cleaning these lots we make it safe for the children to play. We use rakes, shovels and wheelbarrows to clean off much of the trash and weeds in the lots. Some of the lots contain much trash. This trash has many times been thrown in the lots because there were no trash cans available. It takes many hours of hard work to do a decent job on the lots. But this is necessary in order to make the lot a safer place.

All S.N.A.P. workers have done some laboratory work. A special breed of laboratory rat, known as the Wistar strain, are the animals used for S.N.A.P. experimental work. The work with rat urine is intended to result in separation and isolation of a hormone which when added to rat bait will make the rat more willing to eat the bait. Workers who are experienced in rat extermination asked us to given special attention to the possibility of finding an attractant which, when added to rodenticides, will make the rodenticide more effective. We make alcohol and ether extractions in order to separate the urine components. We need to further refine our methods of separation in order to isolate the component we want.

Infrared curves of urine extracts show that there are several substances present. These separations are not refined enough to differentiate between male and female rat urine in alcohol extractions. From these spectra we conclude that aromatic acids are prominent in the alcohol fractions of the urine extract. Bait that had fermented urine added to it, was tested against bait without additives in a maze, to see which one the rat preferred.

Another part of the S.N.A.P. program sent students out to the Strawberry Mansion community to help in the lead poisoning prevention program. A portable chemistry laboratory was transported out to the community. Students collected paint samples from all neighbors’ homes who were participating in the project. These samples were analyzed for their lead content right on the spot. Students removed lead containing paint in some houses. Several young children, who would be susceptible to lead poisoning, live in these houses.

Students who work in the Students and Neighbors’ Action Program get the opportunity to use some of the things they have learned in school to work on some real life problems.