The United States Government has put the weather into its arsenal of weapons for use against insurgent movements throughout the world.

According to a preliminary report issued by Science for Viet Nam in Chicago, the U.S. military has already employed weather modification techniques in Indochina and is now engaged in top secret research and planning to turn the seasons themselves into weapons for destruction.

At the request of a member of the Union of Vietnamese in France, the Science for Viet Nam group began looking into the military use of weather modification techniques. They discovered that most of the Department of Defense appropriations in the area go to classified projects. But published reports, brought together for the first time by the Chicago collective, indicate some of the extent of Pentagon involvement in geophysical warfare and research.

The “Pentagon Papers”, the once top-secret Defense Department history of the Viet Nam War, mentions that the U.S. Military employed weather modification techniques over Laos as early as 1967 under the code name “Operation Popeye”.

According to an article by syndicated columnist Jack Anderson, the Air Force last year engaged in rain-making over the Ho Chi Minh trail in a project called “Intermediary Compatriot”. The operation flooded the traiIs and washed out some Laotian villages, Anderson reported. When Rhode Island Senator Claiborne Pell asked the Pentagon to comment on this activity last November the Department of Defense refused to answer, saying the information was classified”. 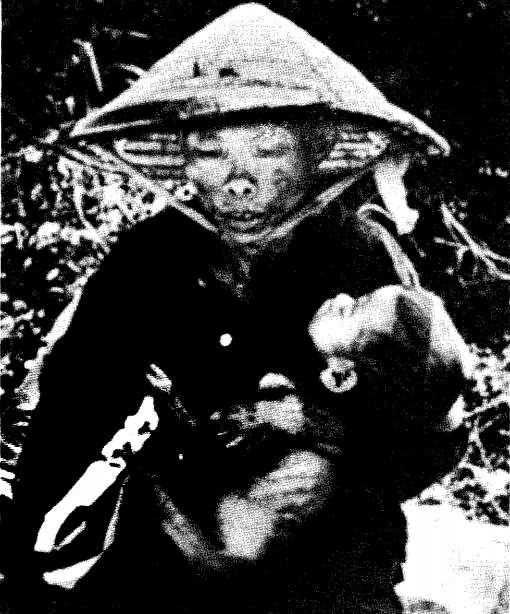 The Science for Viet Nam (SFVN) Collective in Chicago researched the literature on geophysical warfare for three weeks before issuing its preliminary report this week. The report is being sent to other SFVN groups in the United States and other concerned groups throughout the world so that further information can be collected.

The report shows that the Pentagon has made research on geophysical warfare a high priority project and requested $10.5 million for weather modification projects this year alone. The Defense Department put the whole issue of meteorological warfare into the hands of its Advanced Research Projects Agency (ARPA), an agency established in 1958 to handle “centralized management of selected high-priority projects” including those that “require an especially quick reaction”.

The Defense Department claimed in a letter to Senator Pell that “when clouds capable of producing natural rain exists, it is a relatively simple matter to increase thf amount of rain which will fall. The amount of increase is frequently of the order of 30% to 50%.”

To facilitate work in this area, the Pentagon has engaged the use of the world’s fastest computer (the ILLIAC IV) to put together data on the climate of the entire world. This computerized model of the world’s weather is being constructed under a project named “Nile Blue” (or “Blue Nile” in some references).

The SFVN report says: “Weather modification could be used to achieve longer-range military, economic, or political effects than we generally think of in conventional warfare. For instance, strategic rain-making could be used to slow infiltration. Or adjustments of dry and wet weather during growth and harvest times could disrupt the economy and social structure of a small country; it could create famine or at least extreme hardship.”

Besides the disastrous effects that rain-making or rainstopping could have on human society (crop destruction, floods, drought, etc.), the potential ecological effects are equally devastating. Increasing rainfall beyond the watershed capacity of the land could create flooding and landslides. Coupled with a policy of denuding the land with herbicides and bulldozers and bombs (as is being done in Indochina), the increased rainfall would vastly increase the devastation.

At this point there is no way to tell all of the other effects of military tampering with the climate. “In general,” the SFVN report says, “weather modification would probably alter the structure of plant and animal communities due to changes in their reproduction, growth and mortality rates in weather-sensitive species. It would probably require several years for the ecological changes to become evident.”

The military clearly intends its weather warfare strategy to apply to other areas of the world besides Viet Nam. As the head of the U.S. Naval Research Facility told a panel of meteorologists studying tropical weather dynamics in 1967:

You will appreciate more than I the scientific necessity for early and intensive attention to tropical dynamics. My motives are more prosaic, even selfish. Underdeveloped nations represent potential trouble spots from which a requirement for supporting U.S. Naval operations may arise. These nations are largely within or immediately adjacent to the tropics.

The Chicago Collective of Science for Viet Nam is one of several SFVN groups around the country. The organization was founded a year ago. Its members include non-scientists and scientists, students,faculty and non-academic personnel who work together in trying to build a de-professionalized and collectivized science in this country. Their aim is to counteract the perversion of science for military use and to build a new science for the people.

In pursuit of this goal, Science for Viet Nam groups work on projects on which Vietnamese scientists have asked for cooperation. Groups in various parts of the country work on projects that range from questions related directly to the effects of the war to general scientific questions dealing with agriculture, education and medicine.