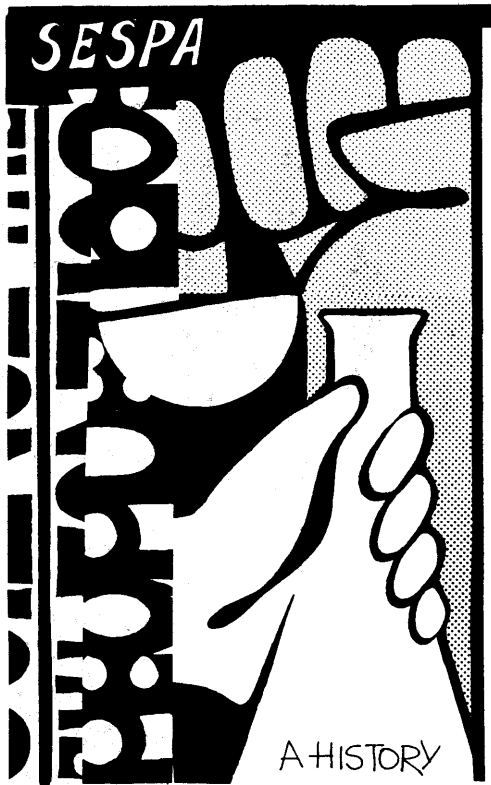 SESPA is a crazy abbreviation for an organization. Try it. Try and pronounce it. But January 1969, when Scientists for Social and Political Action came aborning, we weren’t thinking much about the pronounciability of our name. Mike Goldhaber, Marty Perl, Marc Ross, and Charlie Schwartz, after a year of struggle had come to recognize that something was needed; the name wasn’t important. The response they found at that January meeting of the American Physical Society (APS) surely showed that they had correctly sensed the political needs of a significant number of scientists.

With historical perspective we can see now that the movement among scientists had been germinating for several years. There was the history of Einstein, Pauling, Oppenheimer and others who had given individual moral testimony to the misuse of science. But that the scientists’ organizations themselves were part and parcel of the whole institutionalized distortion of the social function of science was dramatically emphasized by the reaction to the “Schwartz Amendment” introduced to the APS by Charlie in 1967 and voted down in 1968. The amendment, which simply would have authorized the APS to take a stand on the war, clearly demonstrated that there was a physics establishment — and the rest of us. Many other professional societies had radical caucuses. Why not the APS.

By the time the organizing meeting of January 1969 was called, more was astir. ABM was becoming an issue. Many physicists at the meeting were wearing STOP ABM buttons. March 4th, a research stoppage at MIT and elsewhere, was being planned. In Boston, many scientists and engineers in industry were being contacted in connection with the planned March 4th activities by a committee of industrially employed scientists working with the students. So the founding of SSPA was simply the expression of organizational need of wide-spread political activity among scientists.

The principles of the new organization were that it was to be a nonorganization — a group with no officers and no constraints on membership. Voluntary dues were to finance a newsletter that would keep everybody informed of other activities by means of signed articles. All signed articles were to be published. Local action was emphasized and volunteer organizers left the New York APS meeting to pull groups together on their home turf.

March 4th came and stimulated the movement. In .Boston an industrially based group was formed. It conducted a series of shopping-center meet-the-people leaflet and petition activities that obtained coverage on all three major TV channels. There was an Anti-ABM march on the White House House, and a poll at the Washington meeting of the APS realized a vote of 4:1 against the ABM. More nonphysicist scientists and engineers joined and the name was changed to Scientists and Engineers for Social and Political Action, SESPA. In New York a campaign at Riverside Research Institute, RRI, (still going on) sought to denude RRI of its technical staff; in Berkeley a series of activities against Livermore (still going on); at Stanford employees of RCA (and other contractors) formed a chapter, Scientific Employees for Social and Political Action. The pledge (see August issue) started in the fall of 1969 at Berkeley and was very effective at the APS meeting in Chicago in February 1970 where two radical counter sessions were run. In Boston in December 1969, students, faculty SESPA and other groups conducted effective actions at the meeting of the American Association for the Advancement of Science (AAA$). Out of these came a newly vitalized and enlarged Boston SESPA with the alternate name Science for the People.

By the Spring of 1970, no scientific professional society could have a meeting without some radical activity — American Microbiological Society, Association for Computer Machinery, etc. In the early spring the ecological issue came to the fore and SESPA people carried out many activities and appeared on several panels, radio interviews and TV programs. In the late spring, Cambodia. In the summer, the 25th anniversary of Hiroshima was marked by activities throughout the country.

But political and social action was not the only dimension. Learning through their struggles SESP A people were beginning to develop analyses of contemporary American Society and of the role of Science and Scientists. The Sorry State of Science symposium at the AAA$ had analytical papers by AI Weinrub, Larry Beeferman and David Jhirad, as well as more topical papers by others. Various study groups had been meeting since the fall of 1968. Many expressed the need for a more thoughtful journal to supplement the topical SESPA newsletter. In the summer of this year the newsletter became Science for the People with the potential of serving the need for a topical organizational newsletter and also the need for a journal of analytical articles.

Today SESPA has local groups (of widely different sizes and levels of activity) in 10 cities and many other active people throughout the country (and in Europe). But we’re just beginning. About 5,000 copies of the August issue of Science for the People were distributed and the December issue is better (and bigger). New contacts at the rate of about 15/week are coming through the mail and many local people are promising to organize where they’re at …. And that’s SESPA. Organize where you’re at. We already live in a top-down society and belong to top-down professional organizations and work in top-down companies and go to top-down schools. But SESPA is bottom-up, and growing.

About This Issue
Unemployment of Scientists and Engineers