Heroes of Our Time

A group of scientists at Harvard Medical School — Jim Shapiro, Lome MacHattie, Larry Eron, Garret Ihler, Karin Ippen. Jon Beckwith, Bill Reznikoff, Rita Arditti, Ronnie MacGillivray 1 — succeeded last fall in isolating and photographing a fragment of the chromosome E. coli, corresponding to the gene which codes for the enzyme that ferments lactose. This was not in itself “a major breakthrough” nor “a significant advance in fundamental knowledge” 2 (everybody agreed on this point, except of course the sensationalist press), but rather the result of many ideas and many more sophisticated techniques developed through several years by many scientists. How much in science and in all other fields of human activity is made through a process of this type rather than through absolutely original individual contributions is a matter for critical historians to find out and probably to some extent a matter of taste and rhetoric. Although some scientists raised this point “as a personal attack which degrades everybody….and the moral issue itself” 3 this was not at the center of the subsequent polemics.

The Harvard group realized that the isolation of a gene was “a graphic….and easily understood example of the progress [in molecular genetics]” 4 and therefore decided to use it in order to raise the issue of the misuse of science and technology before the general public and to make their own political statement. They were damn right. For more than a week the laboratory was besieged by newspaper, radio and TV people, the telephone was constantly ringing for long distance interviews, major magazines proposed stories of the protagonists to cover family life, the garden, the children, the wife cooking, full page color pictures and the rest. The heroes were trying to resist the temptation of hiding away while frantically facing the public opinion machine. They wanted to raise a problem before the public (possibly after reading some McLuhan) and there was all the machinery to manipulate public opinion ready to use them. The climax was reached when one of them — Dr. J. Shapiro — announced his intention to quit science and dedicate himself to “more relevant political work.” Now the press had not only “the frightening fact of life” and “genetic bomb” to talk about, but also a hero to play with: “scientists find secret of human heredity — and it scares them.”

It would be very instructive to analyze the way the problem of how science and technology are misused by the government and the military-industrial complex was presented by the press and even more interesting to find out how it was taken by the general public. The material available for such research, articles and letters, suggests that the public was not so sensitive to the sensationalist headlines as it was concerned about the practical possibilities and political implications of how to control science and technology. More careful planning might have permitted conveying the problem through the mass media in a more accurate way and to raise a meaningful discussion among all the people on how science affects our lives and how to control it.

While the typhoon was receding in the mass media, new headaches were preparing for our heroes. Had they just publicized their work — according to a well-established tradition — in order to “add to [their own] or Harvard’s prestige, or to make a plea for more money for basic research,” 5 probably very few scientists would feel unhappy: some would find it in poor taste and wink to each other, some would sit down and hastily write a new grant application. What could not be forgiven — according to various editorials and letters to the editors of Nature and Science — was that real scientists “who should have known better” 6 would enter the public arena and join the “doomsday camp” of the enemies of science. The warning by the Harvard group against possible misuse of some kind of “genetic engineering” exemplified by their work, was ridiculed as science fiction and interpreted as a new link “in a group of interlocking heresies … emerged in public opinion of science and technology.” 7 “To tell from the woe which is sometimes lavished on this awesome prospect [of genetic manipulation], it must, to many of them, be comforting that the anti-pollutionists often promise a more immediate catastrophe. Better perhaps … to perish from too much DDT or … as the seas rise … [than to see the population converted into] a horde of unisexed morons manipulated and fiendishly exploited by a handful of determined villains, sustained by repeated transplants of heart, lungs, and even brain.” 8

Following a beautiful literary piece such as this, to mention in passing the war in Vietnam, the urban crisis and the continuing disparity between industrially advanced and backward societies can only bring the relief of reality after a nightmare and lead to the “reasonable” conclusion that science is more beneficial than harmful to society at large. In fact there is an attempt currently supported by Nobel Prize winner J. Lederberg and other leading scientists to launch a genetic engineering project of the same scientific and financial dimension of the Manhattan project which produced the atomic bomb. But all this, besides meaning more money for scientists, is so high-level professional that it cannot be discussed by common people. 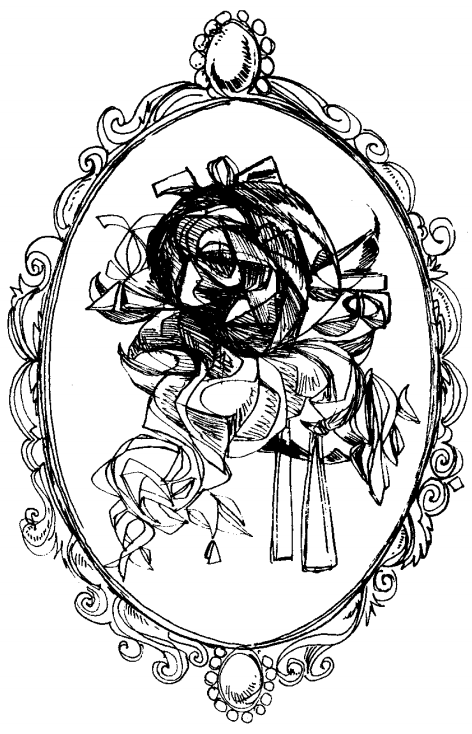 The Harvard scientists are summoned to show some professional solidarity or else “the progress of science may be interrupted or even halted by excessive fears of the consequence.” 9 They refuse to worry and state that scientists “differ from other workers only in that our working conditions are generally more free … because government and industries realize that … [we can work] more efficiently without stringent control.” 10 They also make their own autocritique, attacking “the almost universal fiction that the only people responsible for a given piece of work are the professionals and students who sign the article.” 11 Finally, they state that “society gives its awards to those who serve it” and unfortunately “those who make decisions … equate serving society with serving the interests of that small number of people who run our government and industries.” 12

The scientific press offers the criticism of an alleged lack of public relations — so that “to assert that technology is a means … by which the quality of life can be improved … has become a muted sermon” — has brought us the impending menace of “reduced budget and closer marching orders” 13 by the governments. This is as far as they go in their analysis because they — being “responsible biological scientists with a concern for the society in which [they] live and flourish” 14 — cannot and do not want to question their boss, the government. Lists of benefits of science and technology are counterposed to the list of liabilities. But, what is important, rather than the balance, is the final invitation to all scientists to rally under the somewhat “Victorian” banner, that “science will contribute to the enlightenment and prosperity of the future, as it has helped in the past.” 15 This is remarkably Victorian indeed, in not considering whose prosperity and enlightenment we are talking about and whether what happened in the past made this the best of all possible worlds, for us to “live and flourish in.”

Our heroes offer the invitation to scientists “to ally with other workers, the poor people and other oppressed groups to work together for meaningful radical political change” and the confidence that “the form of that change will emerge … [during] a long struggle.” 16 There are scientists who quit science and others who turn the money awarded from a pharmaceutical company to the Black Panther Party. They have also been attacked personally. The first has been invited to donate his inherited “proverbial wealth” to the poor, so that “he would then have to work in order to support himself.” 17 The second received various personal letters of the type “you stupid idiot — I hope you are shot by one of these guns.” Hopefully they have learned through this story a good deal about the mass media and their roles as scientists, workers and human beings.

Boston Museum of Science
Science for the People and Workers’ Groups